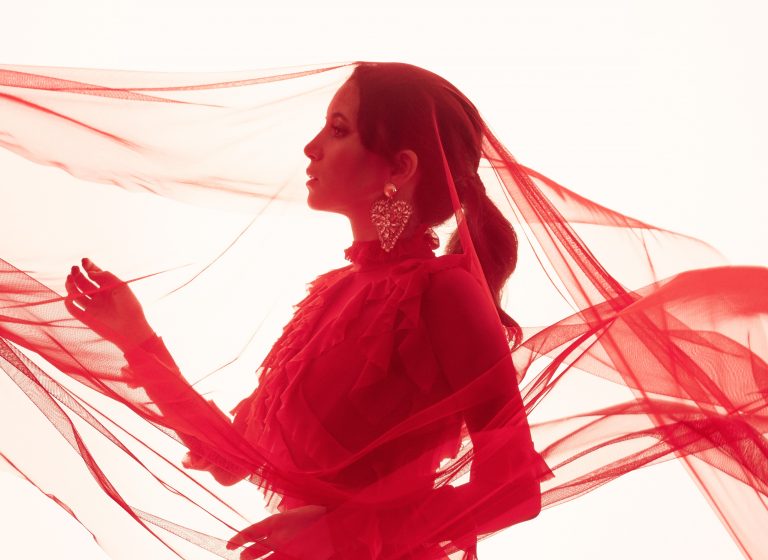 Karsu is a singer, pianist, composer, arranger, and lyric writer. In short: as multitalented as can be. This Dutch musician with Turkish roots swiftly switches between jazz, blues, pop, and ethnical influences. She will perform in De Oosterpoort on Friday 25 October!

Döner kebab?
Karsu’s major success started when she was fourteen years of age and won her high-school talent show. She subsequently started performing in her father’s restaurant in Amsterdam. More and more guests did not drop in just to buy their döner kebabs, but first and foremost to listen to the girl at the piano. Karsu turned out to have a very remarkable voice for such a young girl. “Close your eyes and you will feel like you are listening to a big, old jazz mama from New Orleans,” according to the costumers.

Major success
In 2010 Karsu is playing her first major show in a sold-out Muziekgebouw aan ‘t IJ in Amsterdam. A live recording of this show is released as an album, entitled Live aan ‘t IJ.  The Turkish media also invited Karsu to show her talents. Her debut album Confession was released in 2012. “Adeptly and somewhat theatrically Karsu spices the notes, with a gracious dynamic. A convincing debut,” according to national newspaper NRC.

Switch
Many albums, theatre tours, and festivals later, Karsu is going on tour again. Unlike before, Karsu will not perform in theatres but is to play pop podiums together with her band. She will visit De Oosterpoort on Friday 25 October, accompanied by a new sound inspired by the streets of China, the Desa of Bali, and the hills of Los Angeles. She will also present new music, written in the mountains of South Turkey. A mix of English and Turkish songs about the highs and lows of life.