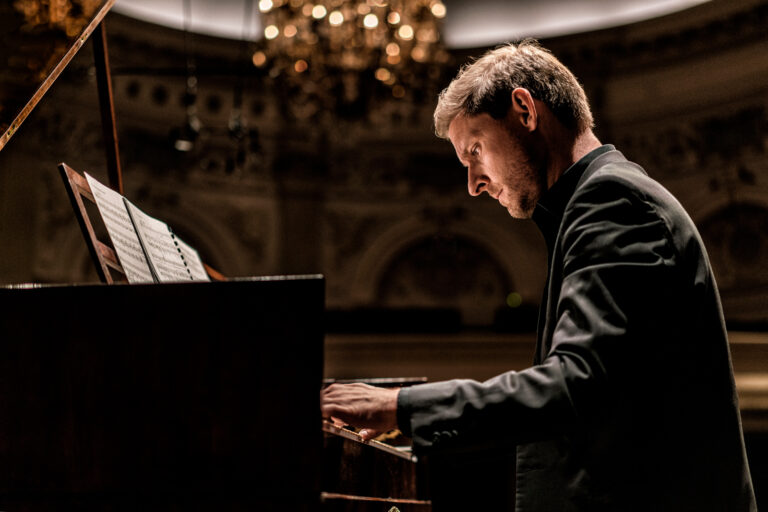 Under the leadership of conductor and harpsichordist Lars Ulrik Mortensen, Concerto Copenhagen has developed into one of the most interesting baroque orchestras of today. The Danes are coming to Groningen with Kristian Bezuidenhout, a phenomenon among fortepiano players.

Enthusiastically received Mozart series
With his instrument, Bezuidenhout can turn any composition into an exciting story. “In his performance he reaches for a higher level of strumming: he finds colours and moods that others fail to notice,” wrote music journalist Guido van Oorschot. You don’t have to tell Bezuidenhout anything about Mozart; his nine-part CD series of Mozart sonatas received worldwide acclaim.

Beethoven in a small line-up
In recent years, with conductor Pablo Heras-Casado and the Freiburger Barockorchester, he has also recorded Beethoven’s piano concertos with a smaller line-up than usual. As a result, he lays bare new layers in pieces that you thought you knew inside out. “It’s arguably some of the most touching music for the modern listener. It moves us very deeply and continues to do so”, says Bezuidenhout in the interview in the YouTube video below. Together with the adventurous Concerto Copenhagen, you get to experience these new sides to Mozart and Beethoven, live.