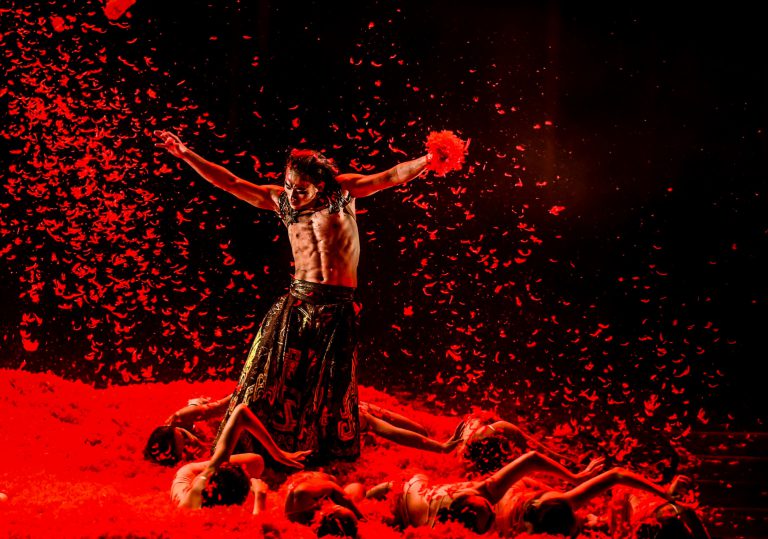 In her home country, director and choreographer Yang Liping is a superstar, rewarded many times for her visually magnificent mega spectacles. ‘Under Siege’ is an adaptation of classical Peking opera ‘Farewell My Concubine’. It tells the story of warlords Xiang Yu and Liu Bang. After a heroic battle, Yu finds himself surrounded by his enemy’s armies. During the final encounter with his favourite concubine, she decides to bring the ultimate love sacrifice: suicide.