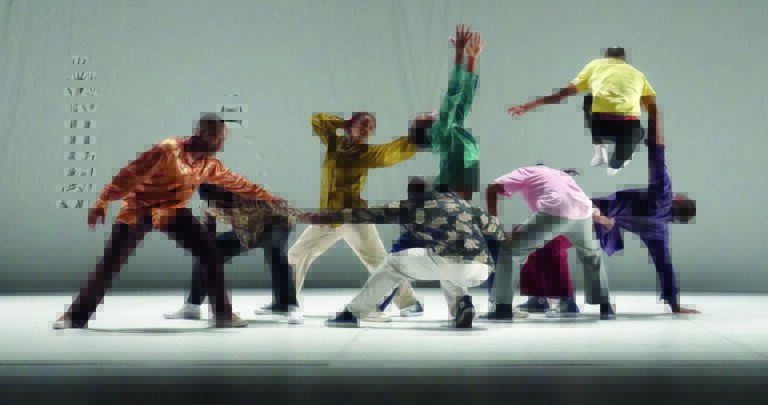 “A spectacle with gigantic energy”

These are dark times in South Africa. The victory over apartheid has not brought the expected peace. The country is plagued by crime and riots. The gap between rich and poor is huge and unfortunately is often similar to that between black and white. The promised land has, in other words, not been reached. A promised land that you are led to believe in, often by corrupt rulers, but one that never materialises: The South African Sotho-word ‘Kanana’ refers to this. The word is astonishingly similar to Canaan, the biblical land of milk and honey that was promised to Moses.

A message of hope for South Africa

In Via Kanana Gregory Maqoma and Via Katlehong explore routes to that promised land, which may never be reached but should not lead to despair. Not that this performance is all light and cheery, Maqoma also hints at the harsh reality, but the essence is a message of hope for South Africa. Yes, they are difficult times, but people manage to get through it together. The performers of Via Katlehong are specialized in pantsula, a form of street dance that was used during the apartheid to secretly communicate with each other. Gumboots, tap and step add to a big, sparkling dance party on stage.

If anyone can interpret that hope for the future, then it is the dancers of Via Katlehong. Those who saw them at Julidans previously will remember their incredible energy and skill on stage. The dance group was founded in the township of Katlehong in Johannesburg, where heavy fighting took place during the anti-apartheid protests, to keep the youngsters off the streets. This is also where Maqoma himself is from, who became one of the most famous South African choreographers, received many awards and can be seen all over the world.

“A spectacle with gigantic energy brought by an excellent company.” – Figaro