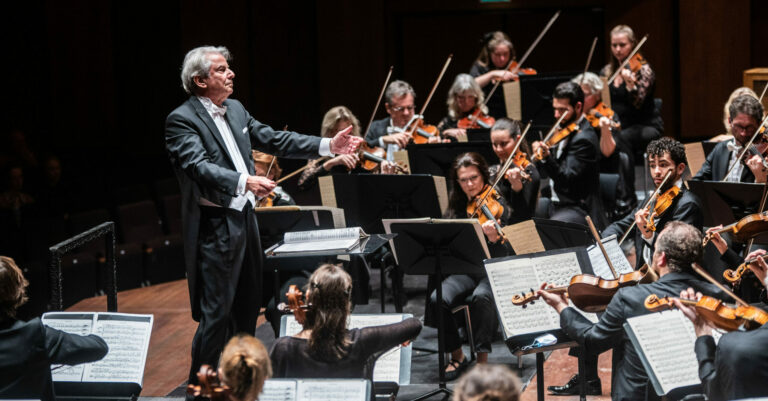 “I wanted to write a cheerful symphony, but things turned out differently.” In his final symphony, Shostakovich was looking back on an eventful life. The work may begin with the cheerful sounds of a toy store, but the ending is melancholy and bleak. Decades of Soviet repression had taken its mental toll. And yet, even in this poignant swan song, his typical wry humour remains.

Wagner became famous for his mega-operas filled with magic, fatal love and bloody feuds. But, perhaps somewhat surprisingly, he also composed intimate love songs, and for good reason: he dallied with the wife of a generous host who provided him with temporary shelter. Spicy stuff – but that’s part of Wagner.