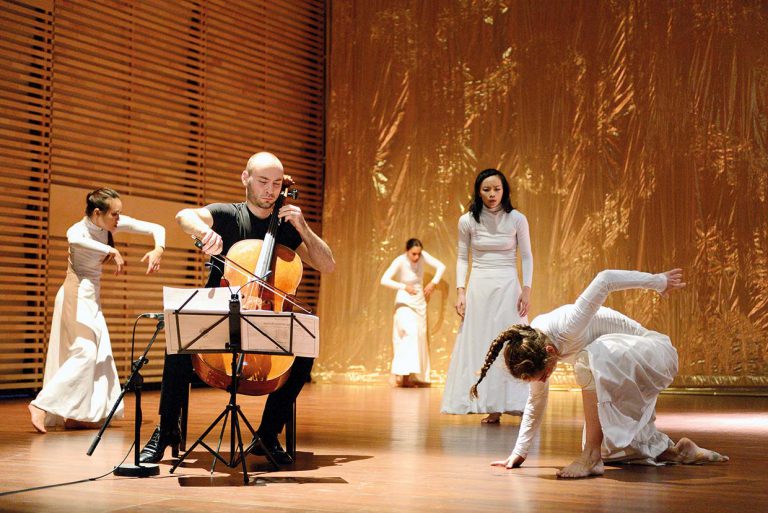 Reprise success piece of Cello Biennale 2012
Leine Roebana placed ‘Snow in June’ on the identically named composition for cello and percussion by Chinese composer Tan Dun. The title refers to a thirteenth century Chinese drama, in which a young woman is wrongfully sentenced to death. Music and choreography form a lamentation for all innocent victims. “One of those rare dialogues in which all conversation partners transcend themselves”, Trouw wrote. De Volkskrant: “It sounds western modern with gusts of wind from Chinese opera, martial art and new year’s parade.” Besides this piece, three other dances are performed, to live music for percussion or cello, by Bach to Xenakis.