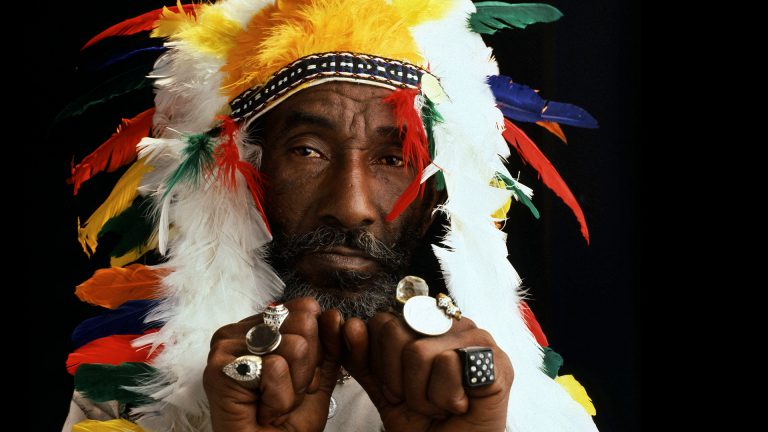 Lee Scratch Perry is one of the greatest within reggae and is seen as the founder of the dub genre. During the late fifties he started his career as a jack of all trades at Studio One, where he was later active as a producer. He worked with everyone who matters within reggae history, such as Bob Marley, assisted by the band The Upsetters. In 1968 he scored his first hit with ‘People Funny Boy’.

The total number of productions and albums on which Perry collaborated runs into the hundreds, spread over a great diversity of labels. Many classic projects originated from his own, illustrious studio The Black Ark, such as his own record ‘Roast Fish, Corn Bread And Collieweed’, Junior Murvin’s ‘Police And Thieves’, Max Romeo’s ‘War Ina Babylon’ and The Heptones’ ‘Party Time’. The typical Ark sound arose by placing different tracks upon each other and by the use of deviant percussion objects, such as broken glass.

In 2014 Perry is still making records and he is still performing on stage. Now he is coming to Groningen with The White Belly Rat and it promises to be a legendary reggae party!