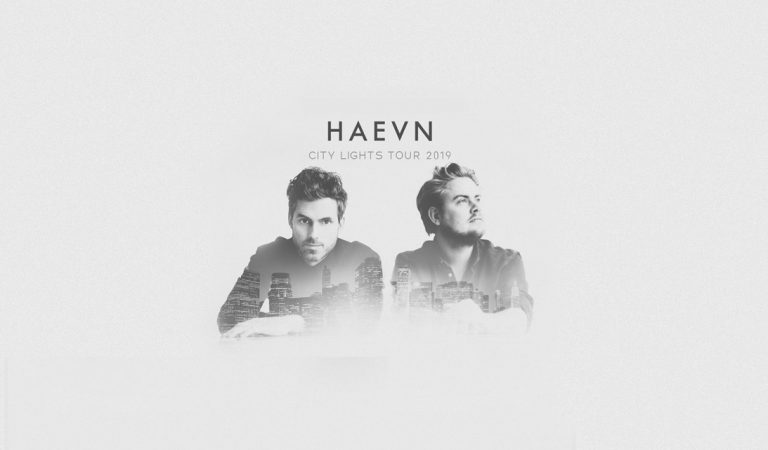 From making film music to sold-out pop concerts. With their cinematic, stirring melodies and warm voice HAEVN takes you to a never-ending dream landscape. On Friday 3 May HAEVN will perform in De Oosterpoort.

Fifth time
Jorrit: “There is something special about Groningen. We will return to De Oosterpoort for the fifth time now and every concert seems to be received warmer and more intense than the last. Our previous concert was the absolute highlight of our tour. It feels like family.”

Major impact
HAEVN broke through in 2015 with their debut single Finding Out More, which was also nominated for an Edison and a 3FM Award. Stroke of luck? Definitely not! Their long-awaited debut album Eyes Closed screams ‘international breakthrough’, albeit mainly in whispers. Subdued art works as The Sea, We Are, and Fortitude are like slow-motion scenes in a Scandinavian setting, with loving guitar and piano melodies, drama-adding strings, and a falsetto finale. The more poppy songs as Mind Games, Bright Lights, and Let Love Tear Me Down also unmistakeably have a filmic character. Van der Meer’s voice is HAEVN’s not-so-secret weapon. He sings close to the microphone and can have major impact with his subdued tones.

Underwater world
After three sold-out shows in Carré the duo is certain: the theatre is the best place for their music. They are therefore travelling to the most wonderful venues of the country to perform their music. Get carried away in HAEVN’s underwater world where their filmic sound will be played by the five-piece band, fortified by a string ensemble.