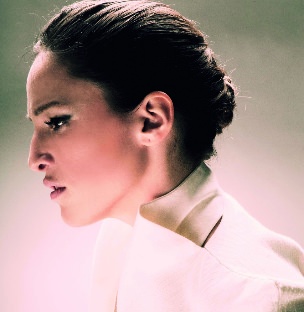 According to the connoisseurs Carminho is ‘the next big thing in fado’. In Portugal her first two albums, ‘Fado’ (2009) and ‘Alma’ (2012), were unanimously well-received. Critics have compared her to other great stars of the genre, such as Mariza and Cristina Branco, and even the name of the in Portugal legendary Amália Rodrigues has been said. The art of fado was passed along to Carminho; her mother, Teresa Siqueira, was a beloved fado singer. By now Carminho is on her way to conquer the world. And not without reason: her intense voice and expressive way of singing her songs are an experience live.

”Carminho lends her exquisite voice to an immaculate repertoire”