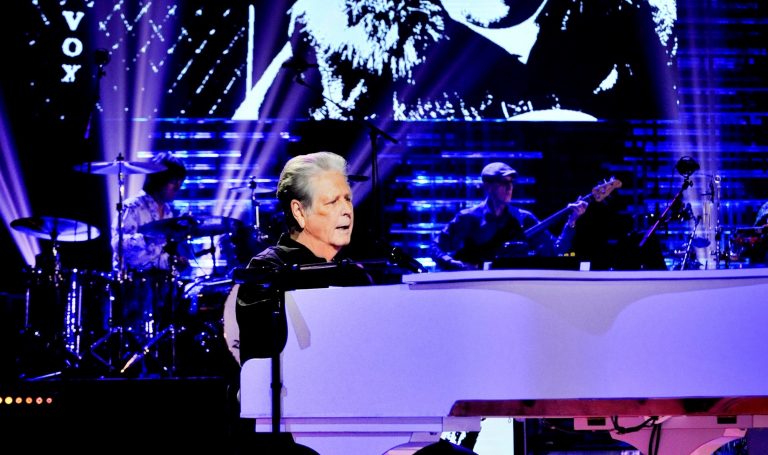 “We are SO sad that we have to once again push our tour due to the constantly changing and challenging issues overseas surrounding the Covid 19 pandemic. Me and the guys were looking forward to seeing everyone, eating great food and performing.  But with routing impossible and needing to keep our touring group safe we need to postpone. Such a bummer. I miss Europe I MISS London and all of the UK…. My second home. Send good vibes that we will be out of this soon. Stay safe everyone.

Brian Wilson will come to the Netherlands. The shows are part of the Good Vibrations Greatest Hits Tour. Wilson’s former fellow band members Al Jardine and Blondie Chaplin will join him.

Brian Wilson is one of the most-acclaimed artists in pop music and is considered a legendary writer, producer, arranger and performer. He has some of the most-cherished albums and songs from pop music to his name. Including Pet Sounds, one of the most-iconic albums. The Pet Sounds Anniversary World Tour was declared one of the Rolling Stone’s Greatest Tours of 2017 and comprised a total of 180 shows in 24 countries.

The Beach Boys
Wilson started his career as cofounder of The Beach Boys. The band was signed by Capitol Records in 1962 and released their first album Surfin’ Safari that same year. The band’s initial surf-rock focus was soon broadened to include other themes too. His innovatory vocal and instrumental arrangements for great hits such as I Get Around, California Girls, Wouldn’t It Be Nice, God Only Knows and Good Vibrations made The Beach Boys one of the most-popular American bands of the ‘60s. They celebrated their 50th anniversary in 2012, with a major international tour and the renowned studio album That’s Why God Made The Radio.

Solo succes
Brian Wilson booked great successes solo too. He released eleven solo albums, including the very successful SMiLE. Wilson received his first Grammy Award for this album. He won his second for producing the acclaimed release of The SMiLE Sessions in 2011. Wilson and his own band have done multiple major, sold-out tours around the world over the last years.

Brian Wilson released his solo album No Pier Pressure in 2015, comprising soundtracks for the award-winning film Love & Mercy. The film paints an unconventional picture of the music legend. It is directed by Bill Pohlad and stars John Cusack, Paul Dano, Elizabeth Banks, and Paul Giamatti. Wilson received his first Golden Globe nomination for Best Original Song (Motion Picture) for the track One Kind Of Love from the album No Pier Pressure.