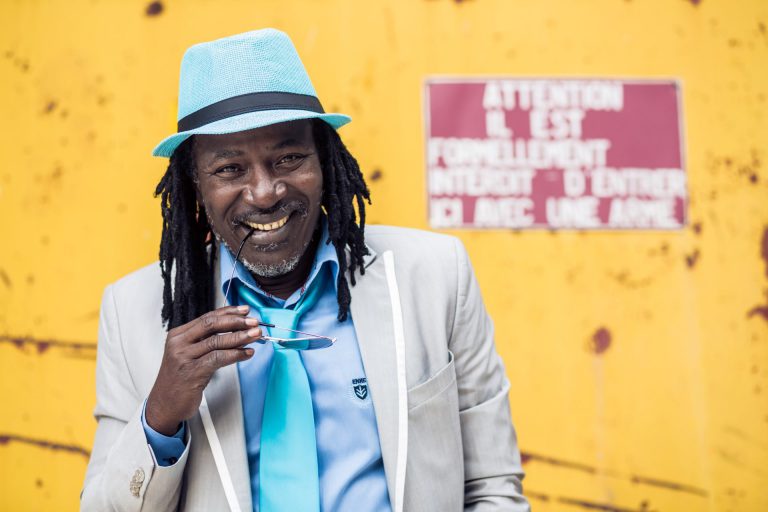 With his 1982 debut album Jah Glory the Ivorian reggae singer Alpha Blondy (Seydou Koné) introduced a unique sound: pure roots reggae with solid African roots and an international vibe. Not just his love for reggae music is at the centre of his songs, but also his close involvement with the political and societal developments on his home continent Africa. This yielded him the honorary title ‘African Bob Marley’.

International reggae mix
On his 17 studio albums the world star mixed African and Western musical influences to a popular whole. For example by making French covers of Bob Marley songs (Mystere Naturelle / Natural Mystic) and by adding a reggae touch to American rock songs (Wish You Were Here by Pink Floyd). He worked with major international artists as The Wailers, Youssou N’Dour, and Tarrus Riley, and scored hits with Brigadier Sabari, Cocody Rock, Apartheid is Nazism, and Sweet Fanta Diallo. In 2002 he was Grammy nominated for his album Merci.

Human Race
With his successful Afro-reggae sound he has not only been managing to hold on to his African fans for years, it also yielded him an enormous fan base worldwide. On his latest album Human Race (2018) you can hear it all again: collaborations with African stars Fally Ipupa and Angélique Kidjo, a reggae cover of Led Zeppelin’s Whole Lotta Love, and a substantial dose of peace, love & unity! Irie!