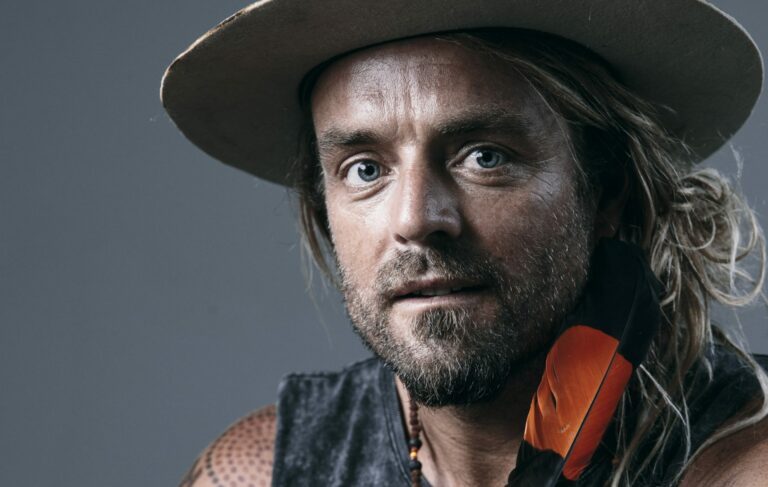 Xavier Rudd is known as one of Australia’s most passionate songwriters. The multi-instrumentalist conquers the hearts of people all over the world with his feel-good music. Xavier lives and breathes music and sings about what he lives and breathes. He sings about subjects as activism, veganism, spiritualism, surfing, camping among the trees, and walking his dog on the beach, which makes Xavier’s sound very personal.

Kick-start
It all started for Xavier Rudd in the Australian surf spot Torquay, where his career was kick-started by his album To Let. In the thirteen following years, he released seven studio LPs. “I’ve had a great career of mucking around with different sounds… so every record you learn a little bit here and there,” says Xavier. His most recent album therefore contains a lot of reggae and blues tunes.

Australia’s Sexiest Vegetarian
Xavier Rudd often incorporates stories with societal themes in his music. As an activist he aims to attract attention to Aboriginal culture and attends environmental protests. He is also a vegan and was elected Australian’s Sexist Vegetarian.

Positive vibes
After all, Xavier enjoys the connection he establishes with fans most. People from other countries singing along to his songs, is a great compliment to him. With among others a guitar, didgeridoo, slide guitars, djembes, and a harmonica Xavier Rudd’s fine sound will provide you with positive vibes.