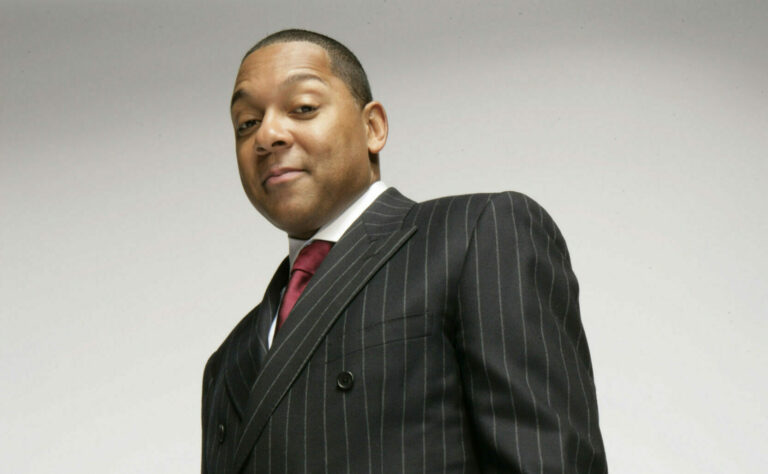 The jazz band of New York will be travelling to De Oosterpoort for a musical spectacular. Together with artistic director, and legendary composer and trumpet player, Wynton Marsalis the Jazz at Lincoln Center Orchestra will delve into their extensive big band repertoire, performing pieces by Victor Goines, Ted Nash, Vincent Gardner and – of course – Marsalis himself.

Founded in 1987 the orchestra is made up of fifteen of the finest soloists, ensemble players and arrangers in jazz music today. Since taking up the mantle of artistic director, Marsalis has been touring extensively to show the world the beauty and timelessness of jazz, making sure that music by legends such as Thelonious Monk, Miles Davis, Duke Ellington and Charles Mingus will never be forgotten.

The Democracy! Suite
Since Corona hit in 2020, all international tours have come to a halt. But Marsalis and company have not rested on their laurels. In 2020 no less than seven new records saw their release. Earlier this year another album was added to the mix: the amazing The Democracy! Suite, featuring seven members of the Jazz at Lincoln Center Orchestra. The album is a reflection on the tempestuous times the United States – and perhaps the rest of the world – are currently in. Marsalis: ‘Jazz music is the perfect metaphor for democracy. The question that confronts us right now as a nation is: do we want to find a better way?’ The music of The Democracy! Suite speaks volumes without uttering a single word. It is time to take a stand and fight for a world we can believe in.