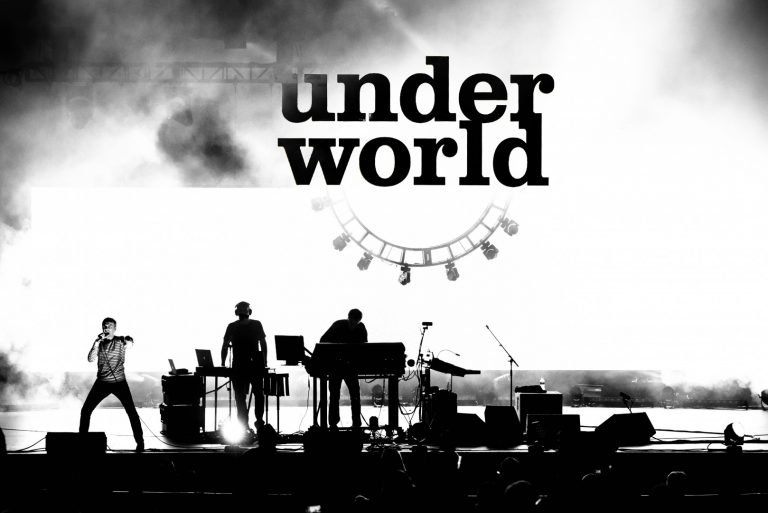 Underworld is one of the most successful dance acts from the last two decades. The British band from Cardiff produces house and techno in which a lot of influences from other music genres can be heard.

The album ‘Dubnobasswithmyheadman’, with for example the track ‘Cowgirl’, was released in 1994 and had a major influence on dance music. The general public probably knows Underworld for the track ‘Born Slippy’, from the soundtrack of the film ‘Trainspotting’.

After some solo outings these dance geniuses are now busy polishing their old materials. They showed the crowd at Lowlands how brilliant this can sound. In March, almost 22 years after the release of their groundbreaking album ‘Dubnobasswithmyheadman’, Underworld will be performing at De Oosterpoort.