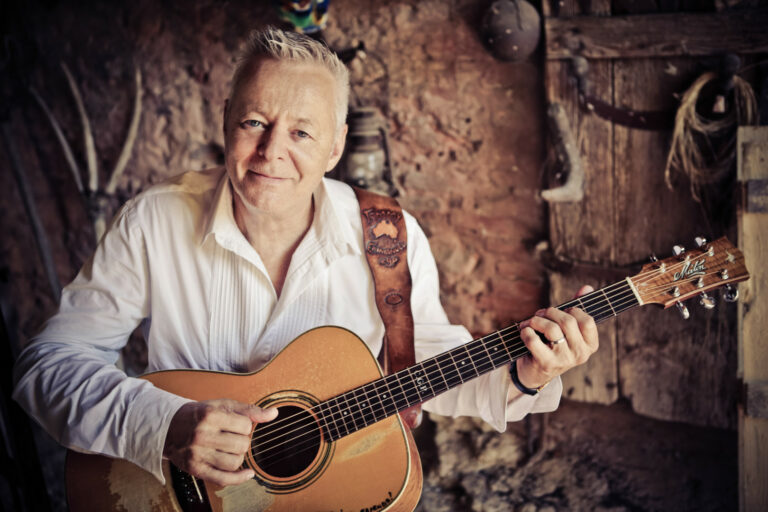 ”Due to drop around the turn of the year, in early January 2018, this delicious album of duets already seems likely to be an album of the year. Emmanuel is always genuinely extraordinary, with Accomplice One,’ he has again pushed out the boat, delivering a sixteen-track masterpiece.” Lees hier de volledige recensie.

Guitar virtuoso Tommy Emanuel will be back in Groningen!

Tommy Emmanuel has achieved enough musical milestones to satisfy several lifetimes. Or at least they would if he was the kind of artist who was ever satisfied. At the age of six, he was touring regional Australia with his family band. By 30, he was a rock n’ roll lead guitarist burning up stadiums in Europe. At 44, he became one of five people ever named a Certified Guitar Player by his idol, music icon Chet Atkins. Today, he plays hundreds of sold-out shows every year from Nashville to Sydney to London. All the while, Tommy has hungered for what’s next. When you’re widely acknowledged as the international master of the solo acoustic guitar, what’s next is Accomplice One, an album of collaborations with some of the finest singers, songwriters and, yes, guitarists alive today – a list including Jason Isbell, Mark Knopfler, Rodney Crowell, Jerry Douglas, Amanda Shires, Ricky Skaggs, J.D. Simo, David Grisman, Bryan Sutton, Suzy Bogguss and many more.

Since he and his brother Phil taught themselves to play as toddlers, the guitar has been Tommy’s real first language–and he’s more articulate on his signature Melbourne-made Maton acoustics than most people are with words. Influenced by the Merle Travis/Chet Atkinsfingerstyle of guitar picking, Tommy developed a style of solo guitar playing that encompasses the range of a whole band– covering drums, bass, rhythm and lead guitar and a vocal melody simultaneously. No loop pedals, no overdubs, just one man and ten fingers. While some artists take ten-piece bands on the road and still fill out the sound with backing tracks, Tommy builds a complete sonic world entirely on his own. His approach is always song and emotion first, his music the embodiment of his soulful spirit, sense of hope and his love for entertaining.

Although he is very grateful for the Guitar Player awards, the Grammy nominations, the numerous magazine polls naming him the greatest acoustic guitarist alive, for Tommy the greatest reward is always the same–to make the next great record, and to see the beaming audience at the next great show.

Special Guest: JD Simo
On his new and first solo record, OFF AT 11, JD SIMO wants you to know that above all things, what matters most to him is that music should be honest. The gifted artist more than offers this in a psychedelic, free-flowing, dynamic soundscape that exemplifies just that… Honesty.Acid rock, traditional blues, folk, soul, free form jazz, and the never ceasing desire to improvise pulses from this collection in a mind bending, kaleidoscope of sound, energy and vibe.

With influences as diverse as the Jimi Hendrix Experience, Captain Beefheart, Miles Davis and the Allman Brothers to blues guitarists such as Lightnin’ Hopkins  and BB King, this young artist, is taking the listener on a musical journey using LOVE as the guideposts. JD SIMO explains, “There’s an underlying theme of LOVE that permeates the album. Both outward love but also inner and self love. These days, everything is so heavy, but I just want to point out some joy, love and deep passion; in this world, we all share that spirit.OFF AT 11 does that.” JD SIMO recorded these musically dense and inspiring tracks in a “groovy space” to lay down something authentic, filled with fun and NO edits, NO tricks. “Just honesty and a tape machine”.