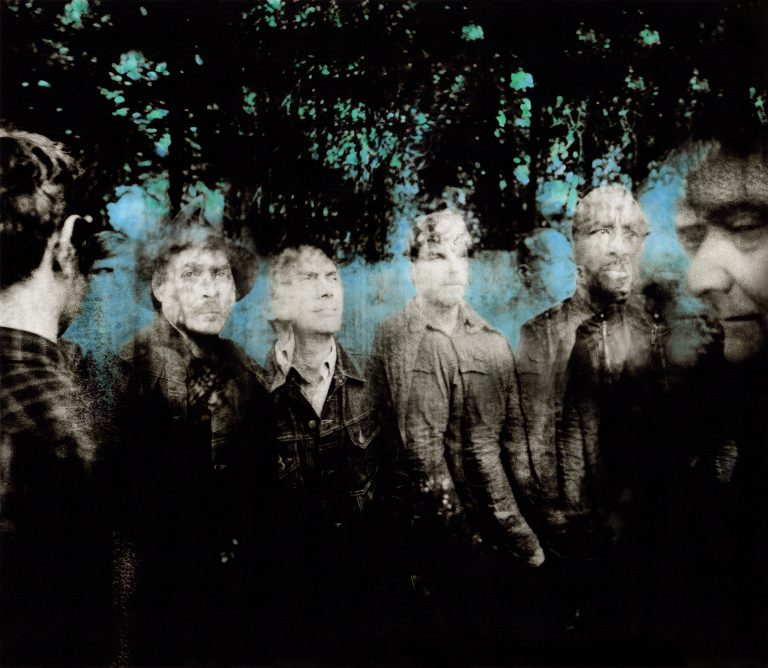 Tindersticks released their first album in 1993, an audacious seventy-nine minute sprawling double album that paid little if no attention to the prevailing musical scene. Self-produced, it broke many supposed rules of how albums should be made. It was released to huge critical acclaim and established the band on a path of musical adventure that they are still feeling their way down today. Along the way they have continued to explore and develop their sound, touring the world, often playing with orchestras, scoring 7 films by renowned film director ClaireDenis, writing and recording many duets and singing with, amongst others, Lhasa de Sela, Mary Margaret O’Hara and Isabella Rossellini as well as creating soundscapes for museums and music for art installations.
The 3 original members – Stuart A. Staples, Neil Fraser and David Boulter – are now fully joined by Dan Mckinna (bass) and Earl Harvin (drums). Together they have created the band’s 10th studio album, ‘The waiting room’. The album will be accompanied by a film project, with a film for each song having
been commissioned from selected film-makers around the world. This collaboration with La Blogotheque and the Clermont-Ferrand International Short Film Festival will premiere at the 2016 edition of the Festival.

The British cult band Tindersticks released their eleventh studio album in late 2019. In 2020 the band will tour the world to introduce it. When the band was founded in 1992, it constituted a relief for the British alternative scene. Their poetic mumbling and richly arranged, melancholic melodies still gain them a proper cult following.

Ever since its foundation, Tindersticks has been having a completely unique sound: smoky, melancholic chamber pop, richly arranged with strings and other classical instruments. Connecting factor in this modern ballroom music is the low voice of frontman Stuart Staples, who immediately draws the unsuspecting visitor into the Tindersticks universe to subsequently never let go. The music accommodates a lot a drama, but is very atmospheric and accessible at the same time.