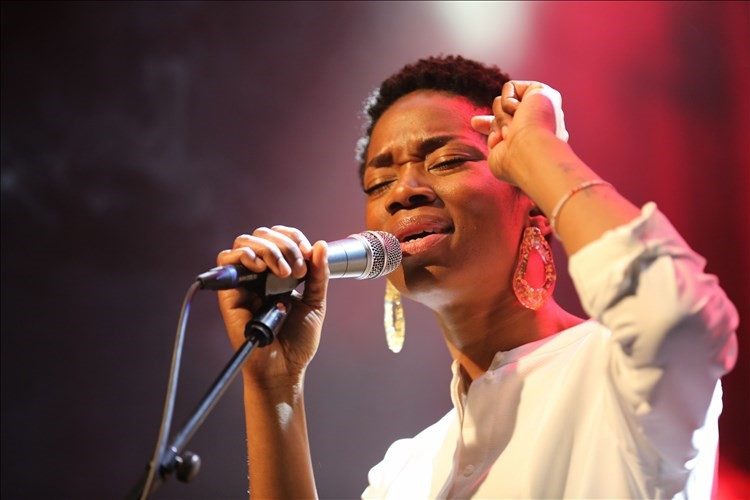 Sabrina Starke is an award-winning singer-songwriter, producer, and self-empowerment ambassador. She has won many prizes with her music, among others two Edison Awards and two Radio 6 Awards. She will bring these experiences to Groningen with her new show.

Starke makes it personal in her new show. With life lessons and songs about self-love and the complexity of the world we live in. Ten years already since she released her debut album Yellow Brick Road, she has been making music that touches and incites reflection. With her phenomenal band, she easily switches between soul, hip-hop, and folk. With dreamy and danceable groovy vibes, she sets the tone. During the show, her recently released album Underneath the Surface takes centre stage. Surprising new arrangements of earlier work will also be played.

Note: only unreserved standing available during this concert.

Support: Paa Kofi
This singer with Ghanaian roots combines a unique mix of soul, jazz, blues, and reggae to a worldly sound.