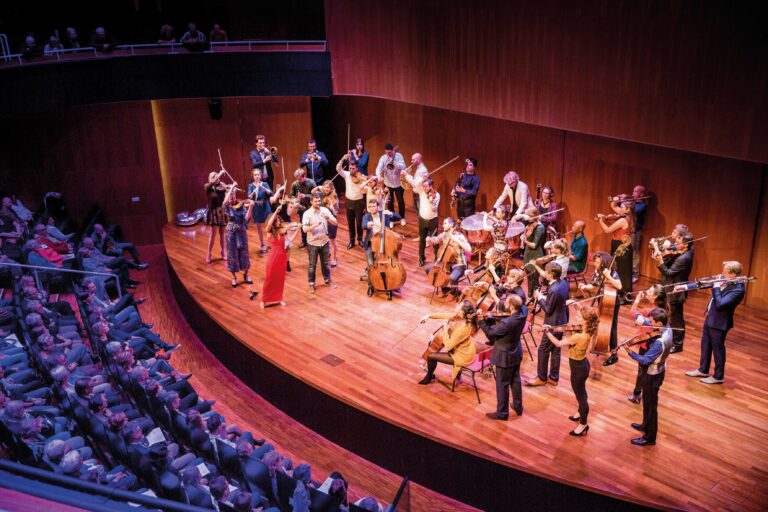 With her rebel collective Pynarello, violinist Lonneke van Straalen ignores all classical concert rules. Gone are the lectern, the fancy clothes and the conductor. Music should be a playground without barriers and fences! In 2022, the group will celebrate its fifth anniversary with what Lonneke herself describes as the Rolls-Royce of symphonies: Beethoven’s – ta da da daaaa – Fifth.

“You’ve never heard such a coherent fifth,” wrote the wildly enthusiastic reviewer of Dutch newspaper de Volkskrant in a five-star review in 2017. It was a baptism by fire and proof of Pynarello’s deeply-held belief: passionate music is played from the heart and from the head, without a score. The result is a fresh and spontaneous piece bursting with energy and emotion. Beethoven is accompanied by new work by the Turkish composer Meriç Artaç. After the concert, the Pynarello Party will party on.