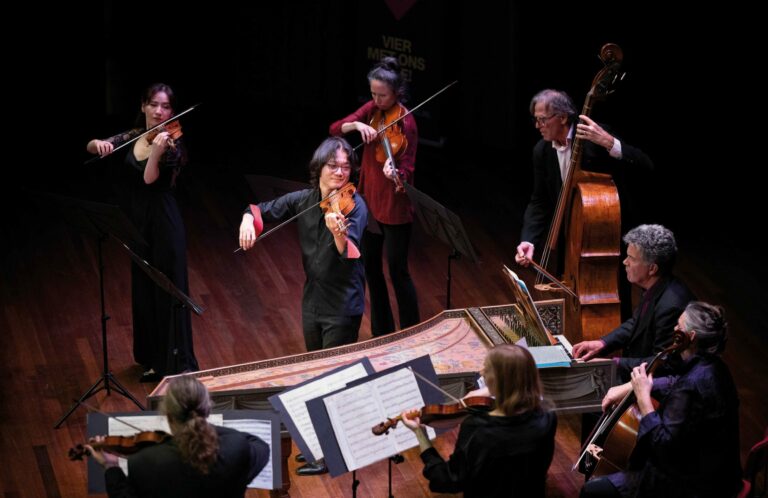 The orchestral music and concerts of Johann Sebastian Bach will always rank high in the classical music league. As an accomplished chef of fusion cuisine, he used ingredients from all over Europe. In this program, the Netherlands Bach Society will showcase some beautiful examples.

Italian cuisine and Italian music – by famous colleagues such as Vivaldi and Marcello – have proven to be a great source of inspiration for Bach, a way to add some extra spice to his own ideas. Other masters worked in similar ways: half a century later Mozart would borrow from Bach. In this program, violinist and artistic director Shunske Sato unravels Bach’s recipe book. With Sato’s virtuoso violin performance and the brilliant instrumental ensemble of the Netherlands Bach Society, a true spectacle is all but guaranteed.