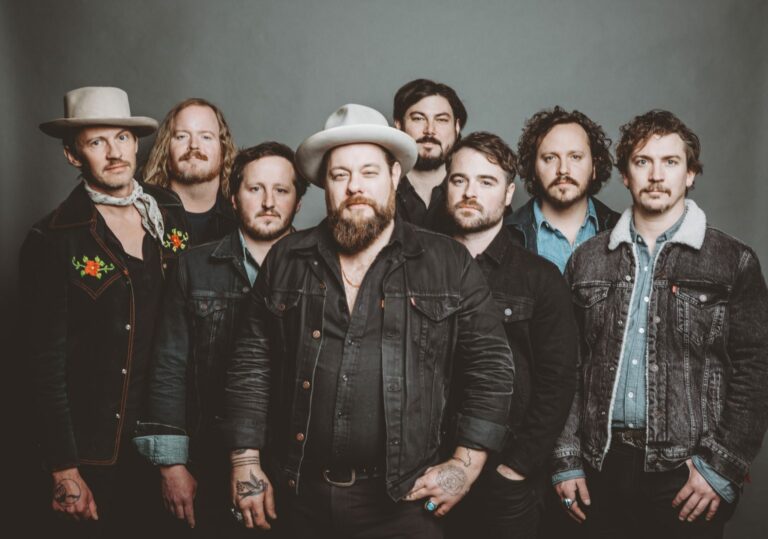 Tearing At The Seams

American singer Nathaniel Rateliff is known for his deep and emotional voice. With his seven-piece accompanying band The Night Sweats he will return to Groningen on Thursday 31 January. Rateliff makes up-tempo soul combined with rhythm & blues. The men are not strangers to De Oosterpoort anymore. Based on their previous two shows, we can expect a stirring live show from these musicians.

For years Nathaniel Rateliff was an artist trying to earn his money in the dim margin of the music scene with fine folk songs. In Memory of Loss (2010) was his debut album, which Rateliff released under his own name. It was in 2015 when he entered into a collaboration with the accompanying band The Night Sweats. With the album Nathaniel Rateliff And The Night Sweats he swapped folk songs for robust blues rock with a solid dose of soul. Nathaniel finally stepped from the shadow into the spotlight and transforms from an Americana singer-songwriter to a rock-and-soul man.

Tearing At The Seams

Tearing At The Seams is Nathaniel & The Night Sweats’ second album, which they released in March this year. The expectations were high, especially following the many sold-out venues the men performed at during the last few years, when they were touring the world. And those expectations were met. “Tearing At The Seams is an energetic band album with material that will undoubtedly do fantastically during the concerts by this spicy eight that are bursting with vitality and high-level rock & soul.” (OOR, in Dutch)