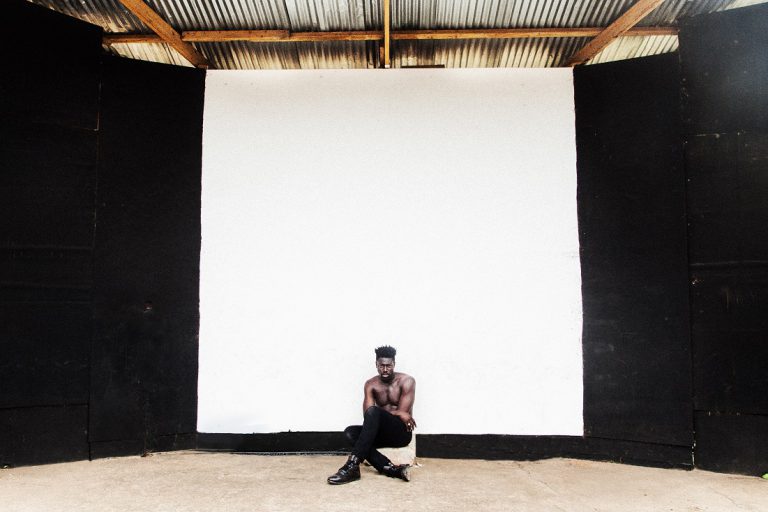 Since emerging in 2014 with his self-released cassette EP, Mid-City Island, Moses Sumney has ridden a wave of word-of-mouth praise, hushed recordings, and dynamic live performances at distinguished festivals around the world and alongside forebears like David Byrne, Karen O, Sufjan Stevens, and Solange. In a voice both mellifluous and haunting, Sumney makes future music that transmogrifies classic tropes, like moon-colony choir reinterpretations of old jazz gems. His lyrics narrate a personal journey through universal loneliness atop otherworldly compositional backdrops.

In 2017, The California and Ghana-raised troubadour widened the spectrum of his heretofore “bedroom” music with his debut album Aromanticism, a concept record about lovelessness as a sonic dreamscape. Released to great critical acclaim, Aromanticism was widely regarded as one of 2017’s best albums (NPR, Pitchfork, Rolling Stone, etc).

Following Aromanticism’s critical success, Sumney has brought the album to the masses in the form of sold out headline shows across North America and Europe, as well as a sold out performance at the historic Sydney Opera House on the heels of performing at this year’s Laneway Festival. This summer will see that continue, as he brings his celebrated live show to some of the world’s premiere music festivals, including Coachella, Bonnaroo, Pitchfork Music Festival, Montreux Jazz, Way Out West, and more.