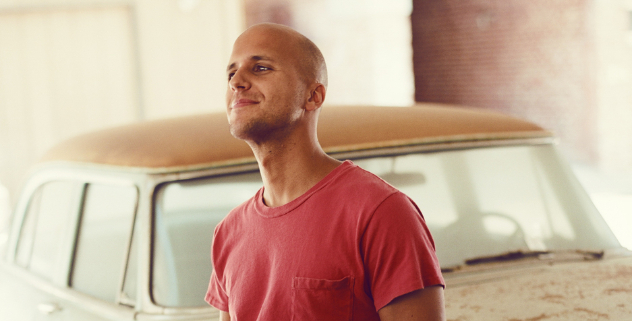 Milow in English Tickets: via this website, our box offices, local record store Plato and ticketmaster.nl

A series of European radio hits, platinum albums, sold out venues and to top it off his own record label. Things went fast for Milow. His debut album in 2006 was immediately spot on, thanks to the big hit ‘You Don’t Know’. After this, the singer songwriter has been slowly continuing his road to the top. In 2007 he opens Rock Werchter and he wins his first three Music Industry Awards. A year later Milow releases the single ‘Ayo Technology’, an acoustic cover of the identically named single by 50 Cent. This does not only bring him his first platinum status, but it also means his breakthrough in countries far beyond our borders. With ‘You And Me’ and ‘Little In The Middle’, the Music Industry Awards keep piling up for Milow.

In the meantime, Milow released his fourth album ‘Silver Linings’ (with the demure songs ‘Echoes in the Dark’ and ‘We Must Be Crazy’); according to De Morgen his most beautiful record so far. The discrete and mostly acoustic album is a conscious return to his musical roots. From this philosophy the idea grows to do a series of concerts completely solo, just like in the early days. With acoustic versions of old songs, a lot of room for humour and storytelling, but also with a first taste of a brand new upcoming fifth album. And that is how Milow’s new ‘Solo Tour’ is born, which can be heard in the Stadsschouwburg.