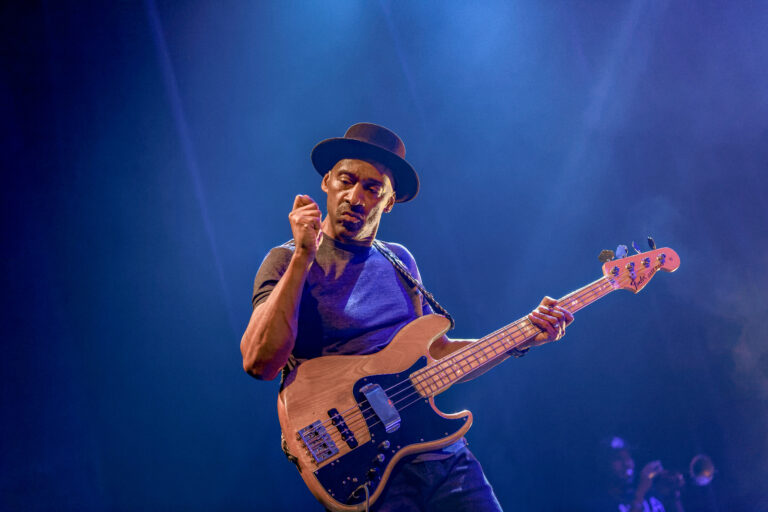 American multi-instrumentalist, songwriter, composer, producer and singer Marcus Miller is one of the most influential musical artists of our time. The adventurous bassist rose to fame in the 1980s, working with trumpeter Miles Davis and singer Luther Vandross, among others.

With his distinctive groovy vibe and virtuosic slapping base technic, Miller has been performing at the top for over thirty years, both solo and as a support, playing bass on over 500 recordings, contributing on albums by such artists as Aretha Franklin, Beyoncé, Frank Sinatra, Elton John and Chaka Khan.

In his latest solo album, Laid Back (2018), Miller incorporates urban elements in his music, including trap, hiphop and gospel. Together with his band of talented youngsters, Miller delivers a mesmerizing fusion of soul, jazz and funk unlike any other.