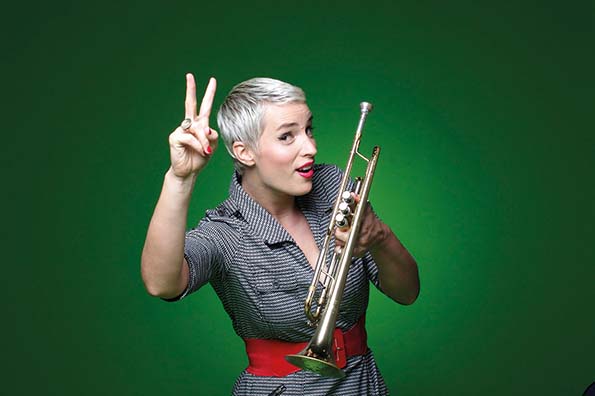 A Dutch blonde conquering the Latin-American macho world as a trumpet player. That is what Maite Hontelé has managed to do. In Colombia, where she has been living for years, Hontelé is such a hit that she can’t go out into the streets without being recognized. In 2013 she could be seen in De Oosterpoort during the Latin Dance Night and she also released her third album, ‘Déjame Asi’, an homage to styles such as chachacha, charanga, bolero and son. In March she will be returning with her Columbian band to convey her smashing latino vibes to the hips of the Groninger audience.