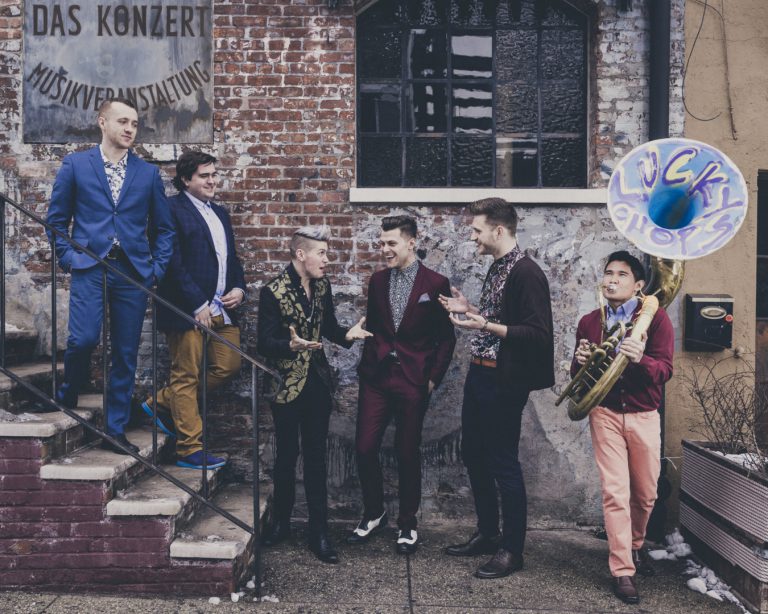 “Lucky Chops, the six-man New York City combo that got its start in the city’s subways and was house band for a season on MTV2’s late night talk show “Girl Code Live,” burned up the Volksplatz stage with its brassy, high-energy covers of popular songs on marching band instruments.”

“It was the kind of performance that transforms a bunch of normal looking guys into Rock Gods. ”

Lucky Chops in English
Young brass band Lucky Chops was discovered by a South-American tourist during a New York metro jam session. He was so impressed by the talent he put a video of the session online and thus turned the band members into stars, as the video was watched so many times MTV picked up the band and selected them to be the house band on ‘Girl Code Live’.

The band’s roots lie at the La Guardia Arts High School in New York. Instead of in a practice room the band chose to perform in the streets, in small venues and in the New York metro. Their instrumental covers of among others Adele’s ‘Hello’ and ‘Stand By Me’ are irresistible and after two legendary shows in the Sugarfactory in Amsterdam, the band comes to Groningen in February!