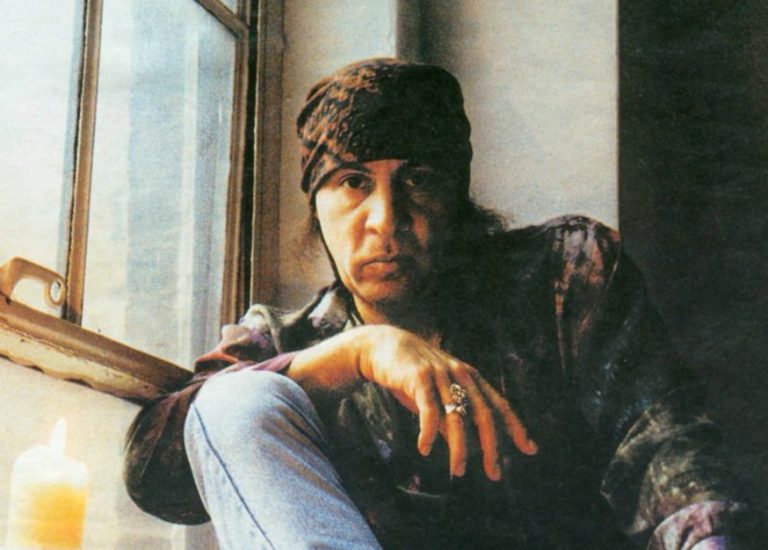 Steven Van Zandt, a.k.a. Little Steven, is musician, performer, songwriter, composer, producer, actor, DJ, activist, teacher, and member of the Rock and Roll Hall of Fame. Does it not ring a bell yet? Revive your memories below:

Career
Little Steven made a career in the 70s, when he, together with The Asbury Jukes, developed the ‘Jersey Shore sound’. He quickly jumped onto another ship and became one of the members of Bruce Springsteen’s E Street Band. He toured with Springsteen for years, but founded his own band in the 80s as well: Little Steven and the Disciples of Soul. Because he did not like to only make music, he participated in a lot of other projects too. He for example partly produced Springsteen’s ‘The River’ and ‘Born in the U.S.A.’, founded the charity Artists United Against Apartheid, played the part of Silvio Dante in The Sopranos, wrote, produced and played in the Netflix show Lilyhammer, and started several radio shows.

New work The last album Steven released with Little Steven and the Disciples of Soul has been on many a fan’s shelve for more than 15 years. It thus is time for new work. With the packed rhythm-and-blues album ‘Soulfire’ (2017), Little Steven proves he very much is back. He will be performing in De Oosterpoort soon: a concert you must not miss!

More information? Have a look at littlesteven.com