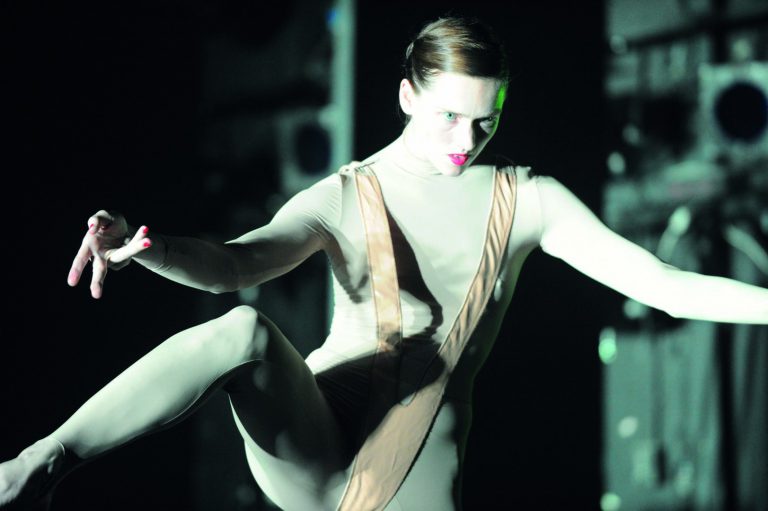 “hallucinatory and super trendy incantation dance” (Theaterkrant*****)
In October 2013, they brought the house down in Stadsschouwburg Amsterdam during their international dance hit ‘House’. In a five star review Theaterkrant wrote how “the Israeli choreographer Sharon Eyal and her well-trained aliens carried the audience away into a hallucinatory and super trendy incantation dance”. The New York Times compared the performances to “a Jeroen Bosch painting of an extraterrestrial rave.” Indeed, it are very strange creates that carry out the choreographies made by Eyal and her artistic partner Gai Behar. In their tight, shiny suits they sometimes move as stiff as robots, after which they suddenly powerfully and flexibly dance in a beautiful way. They are cold space creates, lost in a strange world. For 23 years Eyal danced with the Batsheva Dance Company of the renowned Ohad Naharin. It has turned out to be a great learning school. She doesn’t only possess a grand arsenal of movements, but with her recently founded group L-E-V she has also developed her own style, a beautiful balance between technical virtuosity and emotional charge.