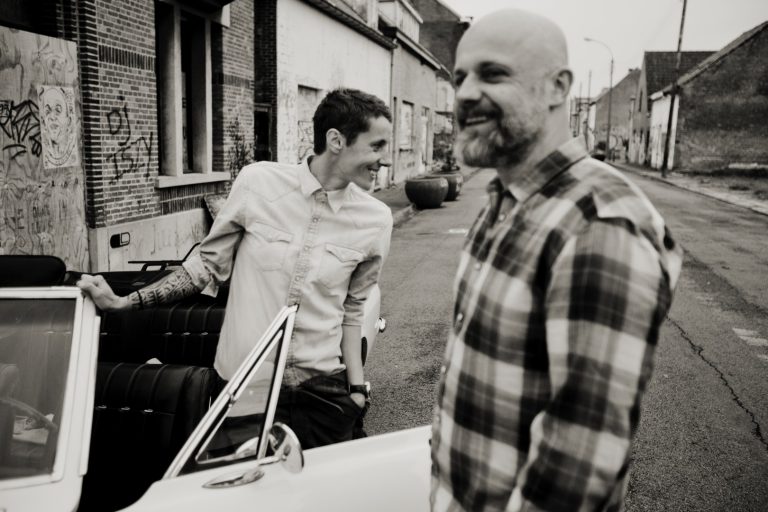 The Belgian band K’s Choice made their debut in 1993 with ´The Great Subconscious Club´ and broke through in 1995 with ´Paradise In Me´ followed by the hit ´Not An Addict´. Thanks to their excellent rock songs and the perfectly fitting voices of the Bettens siblings the band did not only conquer Europe, but they were also successful in the United States.

Up until 2003 they released several records, including a live and a compilation album. They then took a break, which was used by Sarah and Gert to concentrate on their own solo careers. In 2010 and 2011 some work by K’s Choice was released, ´Echo Mountain´ and ´Little Echoes’.

In the meanwhile more has become known about K’s Choice’s new studio album. ´The Phantom Cowboy´ will appear on April 24th and counts eleven tracks with which the group surrounding Sarah and Gert Bettens returns to the rawer sound of the initial period of the band. Energetic rock songs filled with dynamic and infectious hooks. According to the band itself it will be ‘a rock album from beginning to end’ – inevitable with Alain Johannes (Queens Of The Stone Age) as the producer. The first single ´Private Revolution´ will be released April 6th.

December 8th the Belgian K’s Choice is returning to the Netherlands and Groningen will not be skipped.