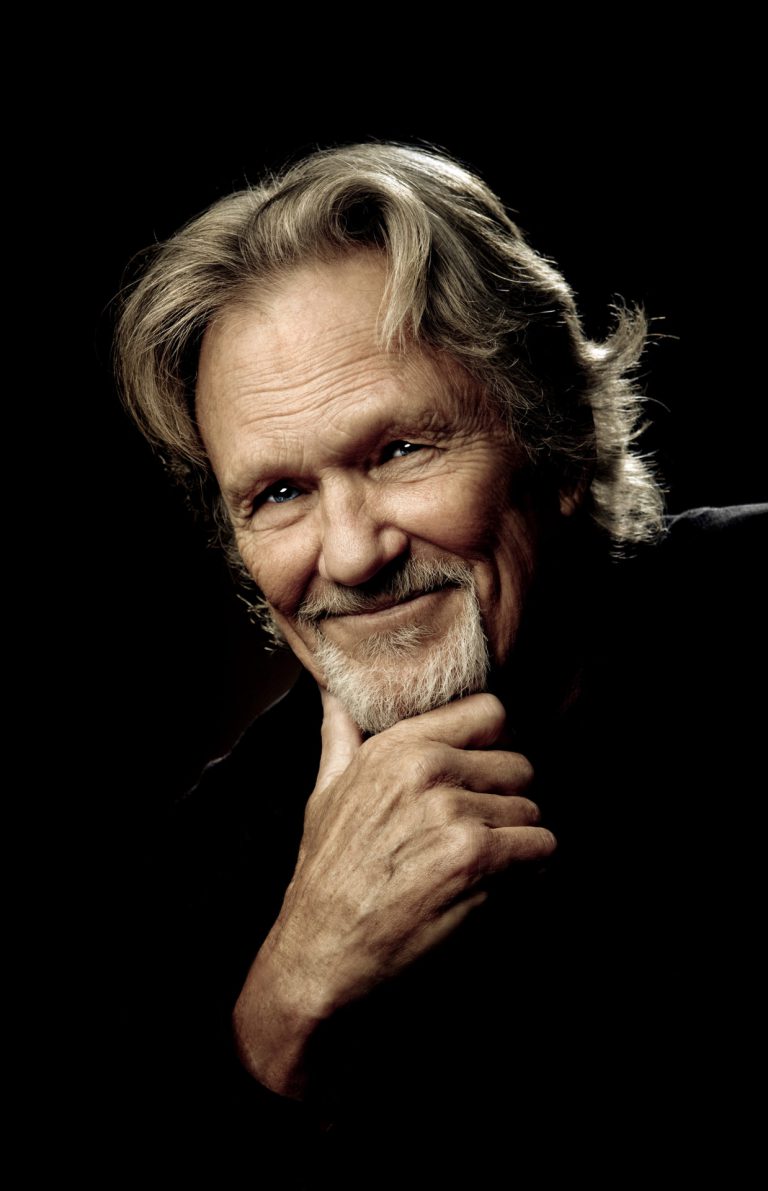 Not many artists can move an audience with just a guitar and a harmonica like Kris Kristofferson. During his concert in De Oosterpoort he shares the stage with one of the most-iconic bands of country music: The Strangers, known for Merle Haggard.

Legendary singer-songwriter
American highwayman Kris Kristofferson proves you can grow old despite living the rock-n-roll life. With songs that have been covered by among others Willie Nelson, Jerry Lee Lewis, Janis Joplin, and Johnny Cash it comes as no surprise he was admitted to the Nashville Songwriters Hall of Fame in 1977.

No past glory
Kristofferson has been an established name in the country genre for decades, but anyone who thinks Kris’s age stops him, is wrong. In the late ‘90s the country legend showed he had not hung up his guitar by releasing intimate albums as A Moment of Forever and The Austin Sessions. Kristofferson’s new album, The Cedar Creek Session, on the occasion of his 80th birthday, gives a good impression of the legendary songwriter in his twilight years.

The Strangers
Although Kristofferson was part of the band The Highwayman, he is primarily known as full-fledged solo artist. During his most-recent tour, however, Kris is supported by Merle Haggard’s former band: The Strangers. Because of the collaboration between these Nashville natives, next to Kristofferson’s songs some Haggard hits will come by too.

The country giants will play in De Oosterpoort this spring!