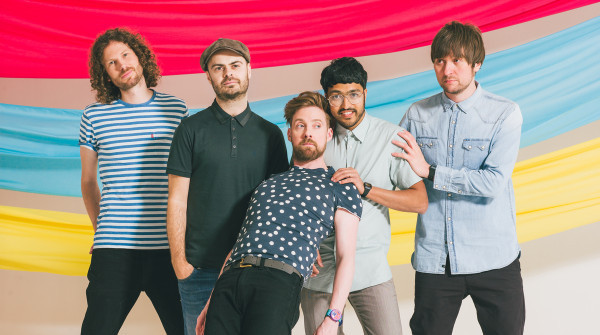 “We’ve tried to make our poppiest record but we’ve actually made our most experimental record.” – Will Withby, (Music News, 2016)

“A summery air of positivity around these new numbers provides a comforting balance to the Kaisers’s more familiar picking at life’s grim underbelly.” – Chris Mugan, (The Independent, 2016)

British indie rockband Kaiser Chiefs is back! The Chiefs broke through in 2005 with their debut album ‘Employment’ and scored major hits as ‘I Predict a Riot’, ‘Ruby’, and ‘Everyday I Love You Less and Less’. Currently they are preparing the release, on 7 October, of their sixth album ‘Stay Together’.

This is the band’s second album without drummer and songwriter Nick Hodgons, who left the band late 2012. Hodgons was replaced by drummer Vijay Mistry, who made Hodgons’ absence simmer down pretty quickly.

Kaiser Chiefs played on all major festivals here and abroad. In April 2014 they performed in De Oosterpoort and the people who were there know: the Chiefs are bound to turn their performance into a magnificent party!