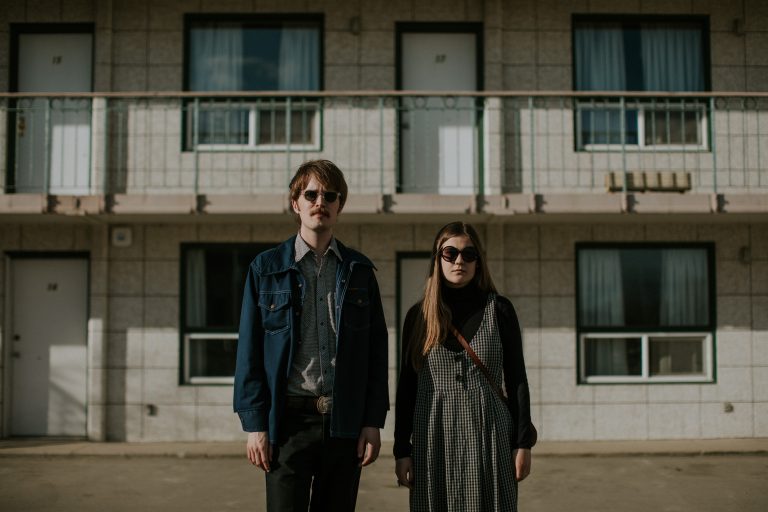 Thinking about Kacy & Clayton, 70s’ British folk rock immediately springs to mind. The duo has been playing together for more than 10 years, releasing classic, timeless and alluring albums.

Kacy & Clayton’s new album Carrying On is described as a wonderful work leading a classic past to a brave future. The company played in De Oosterpoort before, as support act to Daniel Romano and, only last year, during the ‘Takeroot Take Off’. On Saturday 15 February we will welcome this duo again for their show in the Lutheran Church!

Kacy and Clayton is a Canadian duo from Wood Mountain, Saskatchewan. Kacy Anderson and her cousin Clayton Linthicum grew up in the south of Saskatchewan and discovered a mutual obsession with authentic country-folk music during their youth. Their music is closely related to the place they grew up in. Honouring the hills, shacks and remoteness of the area in their songs, Kacy’s angelic singing and Clayton’s talent for guitaring take you along to Wood Mountain.

Following their untitled debut led by Boldt, Kacy and Clayton will release a second record on their own. On The Day is Past & Gone traditionals and their own work are seamlessly intertwined. The album is produced by Jeff Tweedy (Wilco).