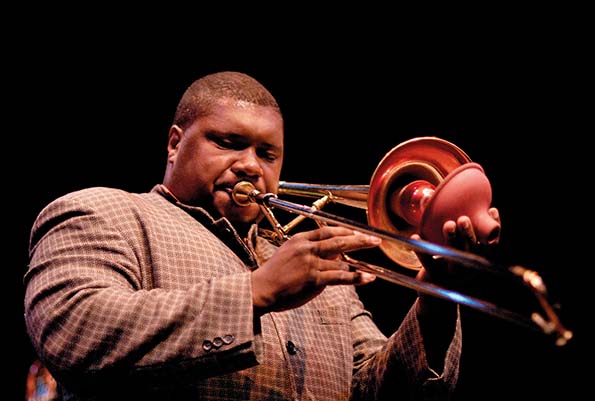 The main inspiration for trombone player Wycliffe Gordon was Louis Armstrong. Through the years he experimented with different genres, such as swing and gospel. Besides trombone Gordon plays the didgeridoo, trumpet, tuba and piano. Also, he’s an orchestrator, composer, band leader and teacher and in 2006 he founded the independent – by now dissolved- jazz label Blues Black Records. Gordon won many prizes, performed with famous artists, and was named ‘Best Trombone Player’ by the American jazz magazine DownBeat in 2012 and 2013.

”It’s the musicianship that does the trick.”