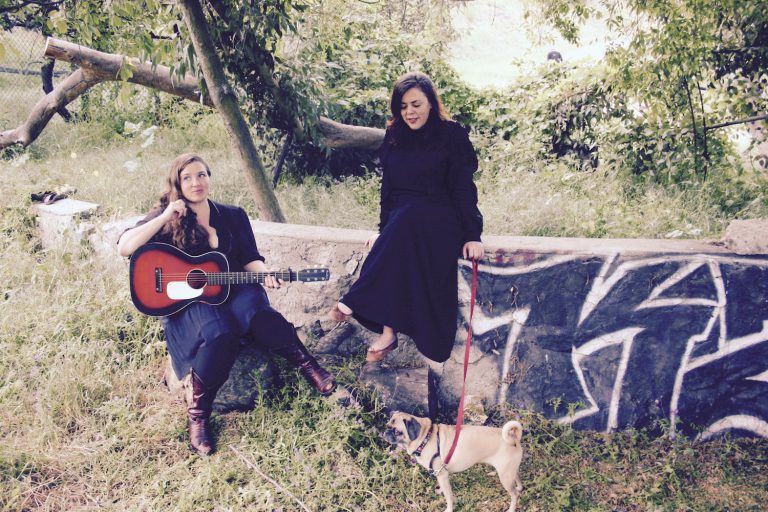 Singer-songwriters Jolie Holland and Samantha Parton will come to the Lutheran Church on 8 September for a TakeRoot presents concert. Years ago, Jolie Holland and Samantha Parton travelled here as founders of the popular girl band The Be Good Tanyas. Now, fifteen years later, they still have a strong musical and personal bond and so the two will return together. The debut album Wildflower Blues utters their reunion.

Jolie Holland and Samantha Parton met for the first time on a street corner in East Vancouver twenty years ago. Their conversation of course was about music. They have now reunited to share new ideas and creative insights. The debut album Wildflower Blues symbolises their reunion and is the beginning of a new chapter in their creative relationship. The album’s ten tracks include influences from jazz, blues, country, folk, rock, and soul. Wildflower Blues contains mainly songs written by Holland and Parton, but also covers of songs from Bob Dylan, Michael Hurley, and Townes Van Zandt.

Singer and guitarist Jolie Holland, from Texas, is known for her original and experimental musical approach. She combines elements from folk, country, rock, jazz, and blues in a very enthralling and surprising way and garnishes this with her unique and dark sound. It is not for nothing she is classified as being part of the so-called New Weird America trend, next to acts as Bon Iver, Akron/Family, and Animal Collective.

Singer-songwriter Samantha Parton travelled America with her guitar for a major part of her life. She drew a lot of inspiration from the south of the US. Together with Jolie Holland, the Canadian singer-songwriter founded the girl band The Be Good Tanyas, presenting fresh pop music with hints of folk and country.