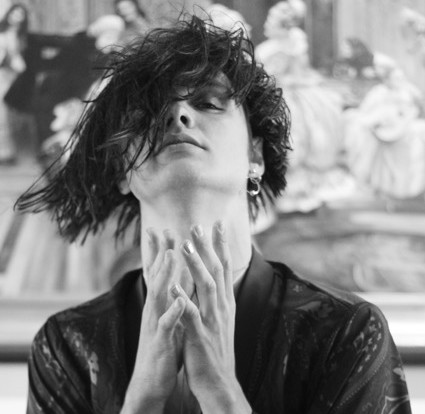 Jett Rebel, the musical all-rounder has deeply impressed audiences on all festivals and in all venues throughout the Netherlands with his mix of psychedelia, groove, funk, rock and pop. In the upcoming year Jett Rebel will be on a new tour, because in 2016 he celebrates his 25th birthday and he wants to emphasize this milestone by having the most productive year of his life. A lot of new music and a lot of live performances.

To begin with: ‘The Best Night Of Your Life Tour’, an evening that will be dedicated to the purity of music. Expect the unexpected, an artist who dares to push back boundaries, a live band that is able to build bridges and a show in honour of REAL music. Music with an edge, music with emotions, music with depth, music with… love. It is with good reason that Jett Rebel won this year’s 3FM Award for Best Live Act. Meanwhile, Jett Rebel performed more than 300 shows in his home land and abroad and even though none of his performances will be the same as the last, there is at least one element that will always be present during ‘The Best Night Of Your Life Tour’: Maximum Rock ‘n Roll.