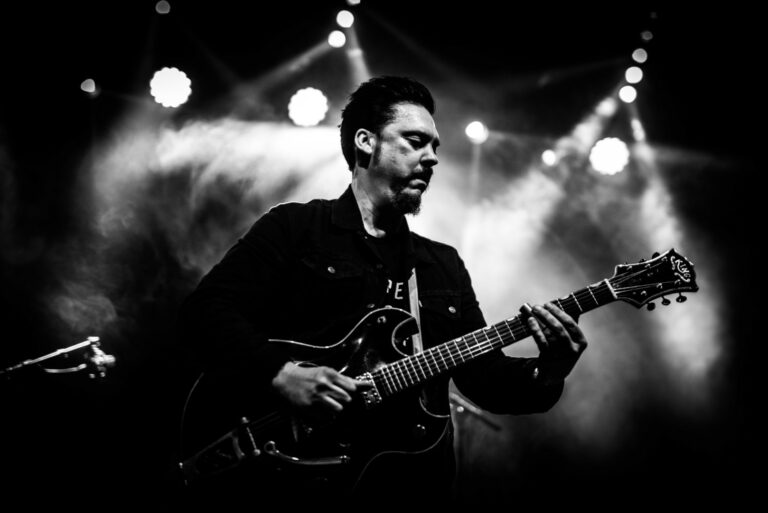 Rough rockabilly Jesse Dayton will return to Groningen following a smashing show at the TakeRoot festival for a TakeRoot presents concert with band.

Hard-core honky tonk
Born and raised in Beaumont, Texas, Jesse Dayton grew up with the honky tonk of Jonny Cash, Waylon Jennings, and Hank Williams. His own music however, is much broader than that. Dayton mixes outlaw country with blues, rock & roll, and a hint of punk rock.

During the ‘80s and ‘90s Jesse Dayton was frontman of two rockabilly bands: the Roadkings and the Alamo Jets. As a solo artist he was support to Willie Nelson, Merle Haggard, and Waylon Jennings.

During the last few years he has mainly been working as an actor and script writer and consequently did not do many music performances. He for example played in films and videos with Rob Zombie and The Supersuckers.

Jesse Dayton
On The Revealer, Jesse Dayton’s most recent album, you hear awesome rock & roll with a nod and a wink to Jerry Lee in Holy Ghost Rock N Roller. Roots rock as Take Out the Trash, inspired by Chuck Berry and Springsteen. Honkytonk chickaboom in Daddy Was A Badass, and real country in his ode to George Jones. Jesse can do it all. He plays wonderful gospel blues on his resonator guitar, with which he sometimes reminds of Guy Forsyth and Ian Siegal.

TakeRoot festival
After a long time of absence, Jesse Dayton performed in Europe last year and played at TakeRoot festival and Ramblin’ Roots, where the audience went crazy during his shows. In summer 2018 his new album The Outsider was released, which again is full of great country rock & roll songs with a major dab of blues and a hint of gospel.