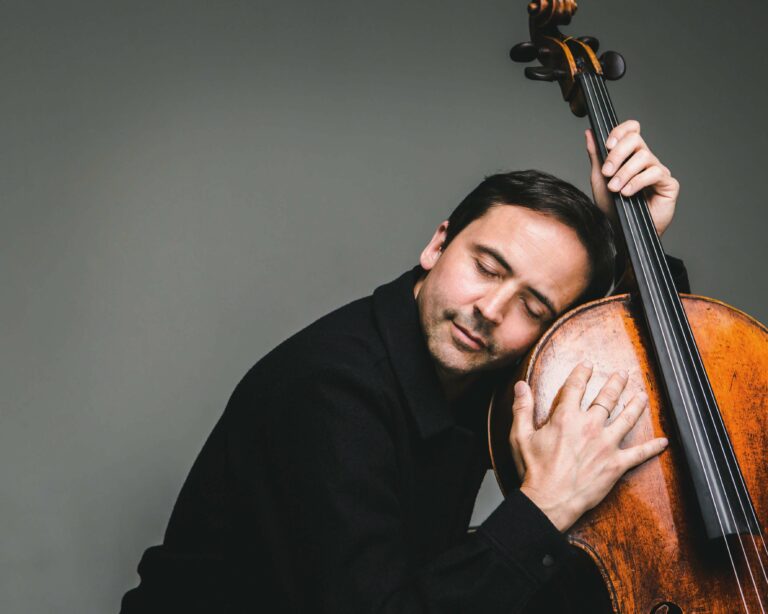 Jean-Guihen Queyras already supplied us with superior musical confectionery with his collaborations with Alexander Melnikov, Isabelle Faust and Alexandre Tharaud. The French star cellist is a musical all-rounder who is driven by curiosity. During Beyond Thrace, he and brothers Keyvan and Bijan Chemirani, and Sokratis Sinopoulos take you on a fascinating journey filled with traditional and new music from countries such as Greece, Turkey, Armenia, Iran and India.

In the time of the ancient Greeks, Thrace stood at the centre of musical culture, not only for Greece, but for many other surrounding countries. For Queyras, the name of the area also functions as a nice metaphorical description of this musical project: “With Beyond Thrace we want to build bridges between different musical cultures that are actually only distant in a superficial way.”

Three kindred musical spirits
Jean-Guihen Queyras and the Iranian brothers Keyvan and Bijan Chemirani have known each other since they were children growing up in Haute-Provence. Queyras became an internationally acclaimed cellist, the brothers went on to become virtuoso players of the zarb and daf, percussion instruments from Iran and the surrounding area. The Greek composer and musician Sokratis Sinopoulos is an international celebrity on the lyra, but above all a musical centipede for whom labels don’t apply.