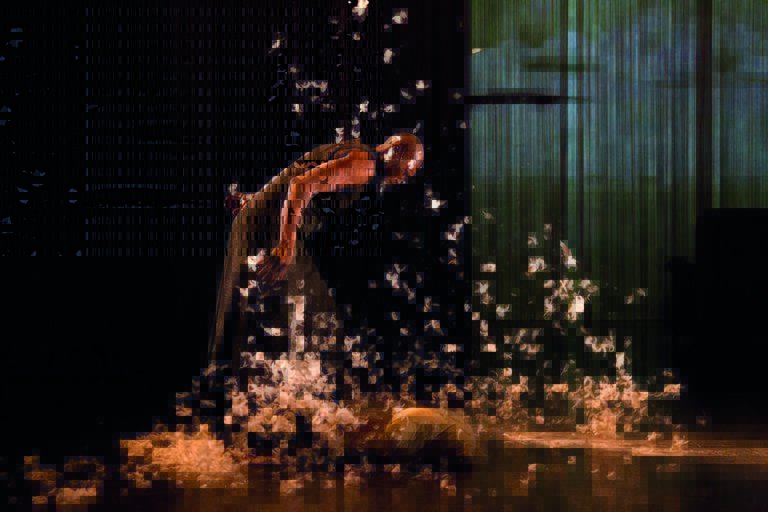 With Germain Acogny, a very intriguing Senegalese woman enters the Stadsschouwburg’s stage. You would never think she is even 50, yet she is 72, with the suppleness of someone in her twenties. Acogny is also known as the ‘Mama Africa’ of the continent’s modern dance, a mother who has been tirelessly bridging traditional African and modern western dance.

‘Somewhere At The Beginning’

In ‘Somewhere At The Beginning’ the charismatic dancer portrays her own life story and draws parallels with modern African history since the Second World War. An outburst of images, sounds, language, and dance tells about among others her father, who served under white rule, her almighty voodoo grandmother, and her escape to Europe.

In French, with Dutch and English surtitles.