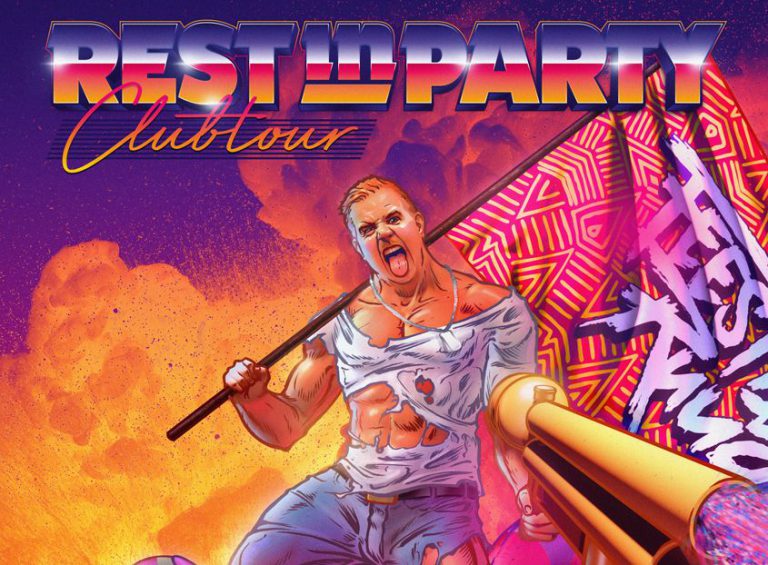 FeestDJRuud is giving up his DJ career but he is doing his last farewell party in the largest music halls of Holland. The show called ‘Rest in Party’
will turn De Oosterpoort upside down!

FeestDJRuud became famous of his liveshows combined with inflatable animals, crowdsurfs, sitdowns, salto’s, flugels, polonaises and confetti cannons. In a period of five years, FeestDJRuud performed on more than 1.000 shows including all major dance- and popfestivals, foreign tours accross Europe and the Caribbean Islands. In addition, he received three golden and one platinum record for hits like ‘Gas Op Die Lollie’ and ‘Weekend’ (feat. Dirtcaps and Sjaak).

Before FeestDJRuud starts his performance, Kraantje Pappie will perform in the Kleine Zaal the same night. For everyone who bought a ticket or is willing to buy a ticket to see Kraantje Pappie performing is getting a discount of €10 off, on the sales price, of the show of FeestDJRuud (in the Grote Zaal). You will receive an e-mail with the discount code within three days after the purchase.