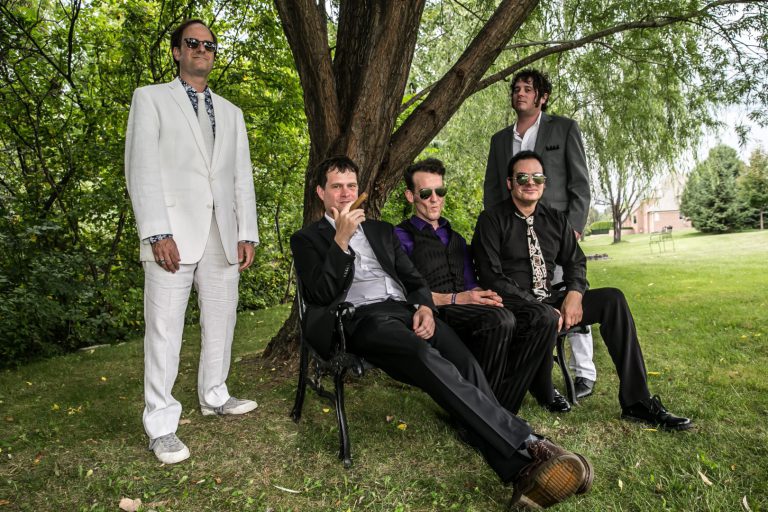 Op de vraag waarom ze alles via crowdfunding financieren (“You guys are miljonairs!”) – zegt frontman Dick Valentine In de crowdfunding explainer video: “We’re not! And it doesn’t matter how much money you have, the bottom line is we need to cummulate MORE money so we can do these things that we are collectively doing.”

With American sixsome Electric Six, known for the world hits ‘Danger! High Voltage’ and ‘Gay Bar’, hilarious live performances are guaranteed. Describing this band as ‘pleasantly energetic’ would be a major understatement. It is not only their live shows that are quite up tempo and electrically tense, but behind the scenes they are unstoppable as well.

Did you know that these Detroit men released no less than 14 albums? And that album number 15 is on its way? This yet-to-be-released album ‘You’re Welcome’ was recorded live in Oxford on 22 April 2017 and was brought about in close cooperation with the fans. There hardly is any other band that involves its audience as closely with the creation of its music.

With the help of their loyal fan base, which they tenderly call ‘the crazies’, the band organises one crowd funding campaign after another. They needed a minimum of 30 thousand dollars for ‘You’re Welcome’, but collected a cool 77 thousand dollars from their audience world-wide. With these extra funds, a video clip for the song ‘I’ll Be In Touch’, from the 2016 album ‘Fresh Blood For Tired Vampyres, was recorded.

Asked why they finance everything via crowd funding (“You guys are millionaires!”) – front man Dick Valentine says in the crowd funding explainer video: “We’re not! And it doesn’t matter how much money you have, the bottom line is we need to cumulate MORE money so we can do these things that we are collectively doing.”

You can expect this collective approach during the concert too. Whether you are standing in the front or in the back; the roaring genre mix combined with the characteristic Electric Six sound pleasantly bulldozes you! An evening full of disco, synth pop, glam and arena rock you must not miss. As they would put it themselves: “It’s guaranteed to be a blast.”