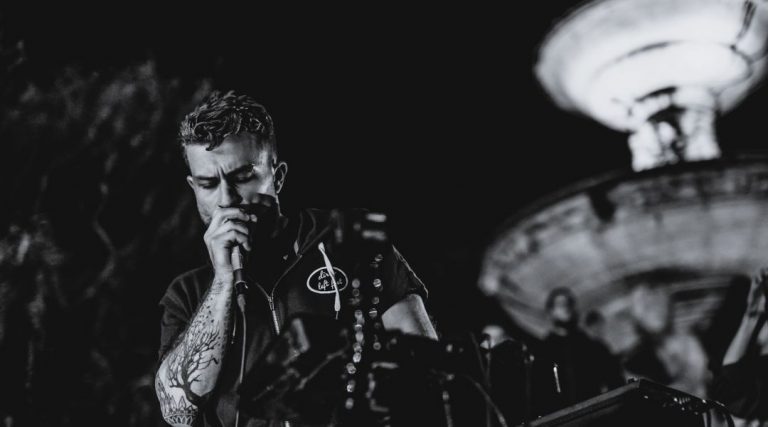 Dub FX once started out as a street musician, armed with nothing more than his own voice and a loop station. His catchy drum & bass beats and his rapping quickly enabled him to travel the world and yielded him millions of views on YouTube.

The Australian Benjamin Standford, better known by his stage name Dub FX, has been developing his unique performance for years. As electronic street artist he travelled Europe during the early years of this century. This made him so very successful he created Dub FX, whose live shows, during which he samples the music live using loop pedals, are brimming with energy. He regularly brings guest musicians, varying from jazzy sax players to African singers. His iconic sound – a mix of danceable beatbox reggae, drum & bass, and hip-hop – guarantees an energetic live show. Add his flawless voice and there it is: a winning formula!

Woodnote
Woodnote is a saxophonist mainly known for his work with Dub FX, The Allergies, and Eva Lazarus. Because of the worldwide renown of his YouTube movies and his shows all over Europe, Woodnote is famous in this genre! On 6 March, he will support Dub FX in De Oosterpoort.