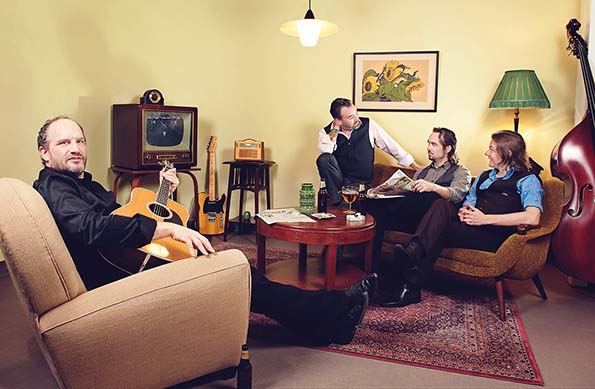 Over fifty years after Johnny Cash’s first hits, Def Americans brings new life to his songs. ‘Boom-Chicka-Boom’ refers to the characteristic sound of Johnny’s band, The Tennessee Three. The intro is usually enough for fans to hear it’s a song by The Man in Black. Def Americans are strikingly able to approach the swing, atmosphere and rebellion of the performances of the legendary outlaw. Expect a large dose rockability, country ballads, Cash-classics and other material in unpolished Johnny Cash & The Tennessee Three-style.