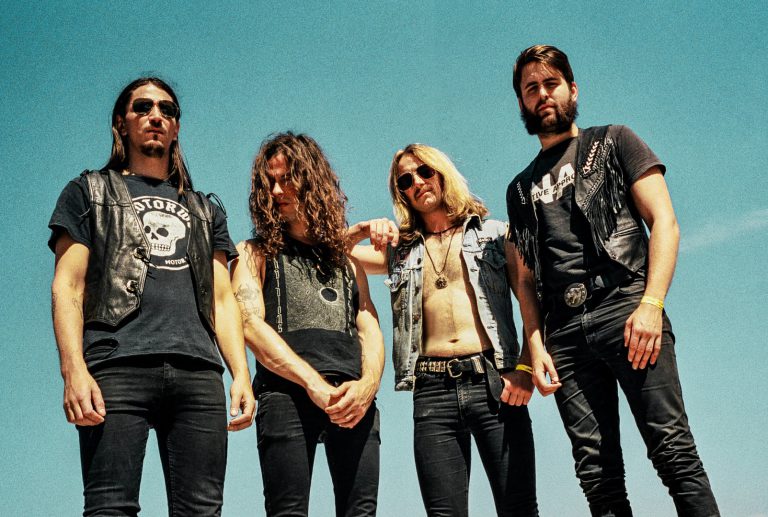 They were the fright of the night during the 2016 edition of Noorderslag. On 14 April the heavy rockers of Death Alley, from Amsterdam, will travel north again, bringing their filthy psychedelic hard rock. Their music defines underground as a kind of magical paradise where only one’s own rules apply; old-school rock with an edge of metal and punk.

Death Alley
Death Alley, from Amsterdam, arose from the bands Gewapend Beton, The Devil’s Blood, and Mühr in 2013. From that moment onwards, they did not make ‘beton punk’, doom, or occult metal anymore, but ‘punked out proto-metal’ – that is rapid 60s/70s rock ‘n roll and psychedelic hard rock – instead. In Death Alley’s music you can hear the self-willed attitude of punk and diligent musical precision.

Flows of psychedelia
The band is inspired by – in random order – King Crimson, The Stooges, Hawkwind, and Poison Idea. While you can feel the psychedelia flowing, Death Alley is anything but a hippie band.

Flying start
Death Alley got off to a flying start. In 2013, the band went on tour after just two shows: “We wanted to throw ourselves to the wolves and play in every pub in Germany and Austria straight away. Yet we could not have done this without the ten years of experience we gained with Gewapend Beton.”

Superbia
The 2015 debut album Black Magick Boogieland was released after a long period of turbulence and touring indefatigably. The Dutch bruisers reinvented themselves and are now ready to conquer the world with their catchy heavy rock ‘n roll. Death Alley’s album Superbia will be released in March 2018.

Find more information about the band on their website.