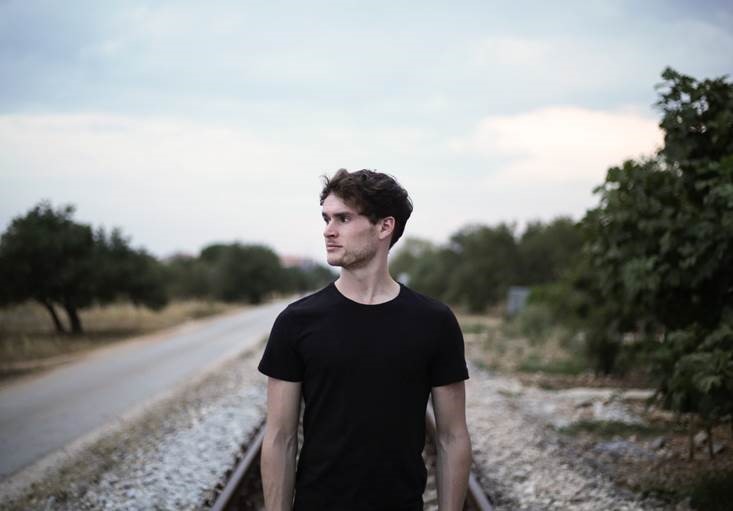 Op 25 oktober bracht Daniel Docherty zijn single Hold Me uit. De videoclip van Hold Me laat beelden uit het verleden zien van zijn straatoptredens in Boedapest. “It’s a great way to write songs and immediately try them out in public, there’s a spontaneous connection and meeting people like this is one of the most rewarding experiences”, zoals hij zelf omschrijft.

Scottish singer-songwriter Daniel Docherty is coming to the Netherlands. He will be performing in De Oosterpoort on 1 March 2018. Docherty, from Bellshill, enchants his audience with honest lyrics, great guitar play, and a charming Scottish accent.

Daniel Docherty
Daniel Docherty once started as a street musician, writes his own songs, and is now a welcome guest at festivals and in clubs. He is doing quite well. On Friday 10 November, Daniel Docherty plays in a sold-out Paradiso. Good news for everyone who did not buy tickets for that concert: Docherty will be touring the country again in 2018.

Dutch tour
Docherty’s second EP will be released in spring 2018. A good reason for a subsequent Dutch tour.

For those who want to admire this Scottish talent: you can buy your tickets now!