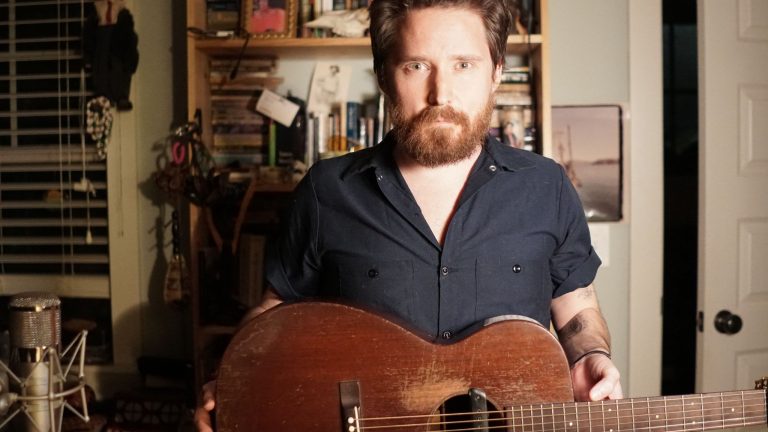 Christopher Paul Stelling is coming back to Groningen! Christopher is a songwriter from Brooklyn, capable of delicately playing every instrument from every country. He mixes genres while succeeding in respecting them. A folk singer with an unusual soulfulness. Christopher understands where this music once originated and why it remains so essential. On the 9th of April 2022, Christopher Paul Stelling will perform a TakeRoot presents show in the Der Aa-Theater, a location where his musical talent shows up very well.

Stelling is a real troubadour. His songs root in the typical American folk music from the south of the United States. He combines an incredible fingerpicking technique on his guitar with an irresistible voice. Stelling is often compared to artists such as Ray Lamontagne and Sean Rowe: white men with a black voice in which roughness and soul go hand in hand, sounding old and young at the same time.

Best of Luck is an accessible and finely created album that cleverly combines genres. Harper, who previously produced albums of artists such as Mavis Staples, Rickie Lee Jones, and The Blind Boys of Alabama, composed an all-star rhythm section with Jimmy Paxson on drums and Mike Valerio on bass. This yields the album versatility and finesse. “I really believe this record is the intersection where folk and soul meet,” says Harper.