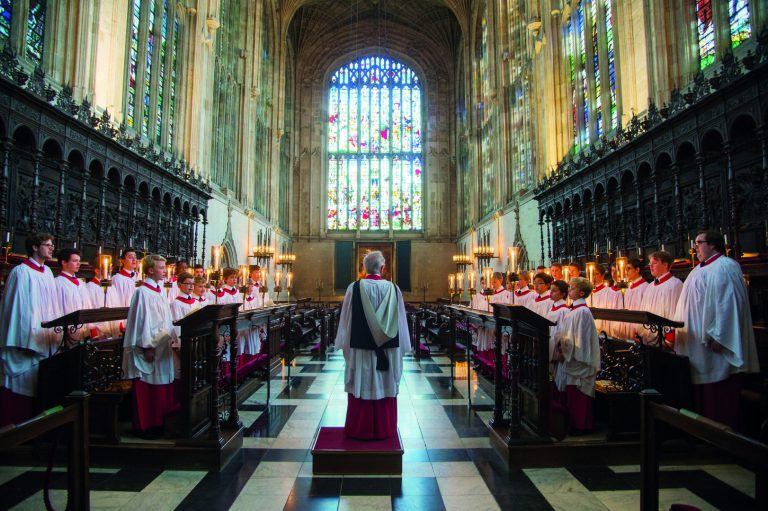 English choir tradition
The Choir of King’s College Cambridge is the most famous representative of the centuries-old, but still very much loved, English choir tradition. The ensemble’s roots lie in the fifteenth century, when King Henry VI founded a boys’ choir to tend to the musical accompaniment in church. Nowadays a lot has changed, but not everything: the boys still sing in the chapel every day during the academic year. In September 2013 the Choir of King’s College Cambridge spectacularly opened De Oosterpoort’s season and now the illustrious British choir institute of inspired director Stephen Cleobury returns to Groningen to herald a new classical music season. Be immersed by the impressive tradition of English choir music, with pieces from Tallis, Byrd, Britten and Vaughan-Williams, but from former members of the ensemble as well, as Robin Holloway and Richard Causton.