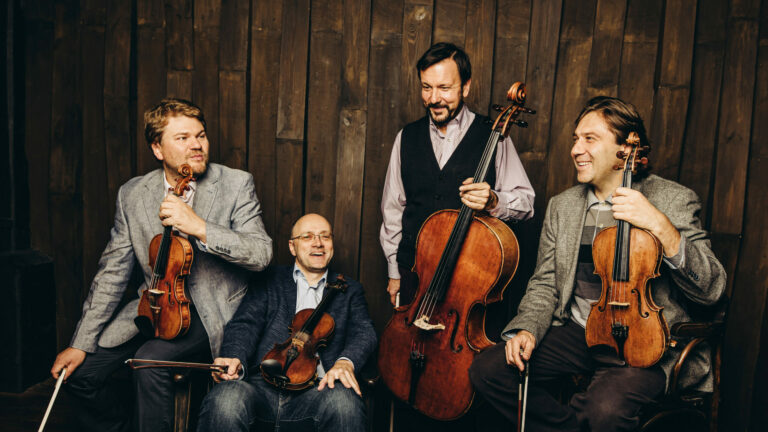 One could make a feature film out of the impressive history of the Russian Borodin Quartet. The ensemble was founded in 1945 and has remained at the international top ever since. Its founding members worked with musical giants such as Shostakovich and Rostropovich and performed at the funerals of both Stalin and Prokofiev. In 2007, cellist Valentin Berlinski was the last original member to leave the quartet after 62 years of loyal service, but its magic and status remains as strong as ever.

The Borodin Quartet will come to Groningen in December to celebrate its 75th (!) anniversary with three chamber music highlights. First off, you will hear an adaptation of Tchaikovsky’s Children’s Album, made by former first violinist Rostislav Dubinsky. This will be followed by the dynamic String Quartet Opus 33/2 by Haydn, which was nicknamed ’the joke’. Why? You will find out quickly enough. The Borodin Quartet will close with one of Beethoven’s final string quartets.