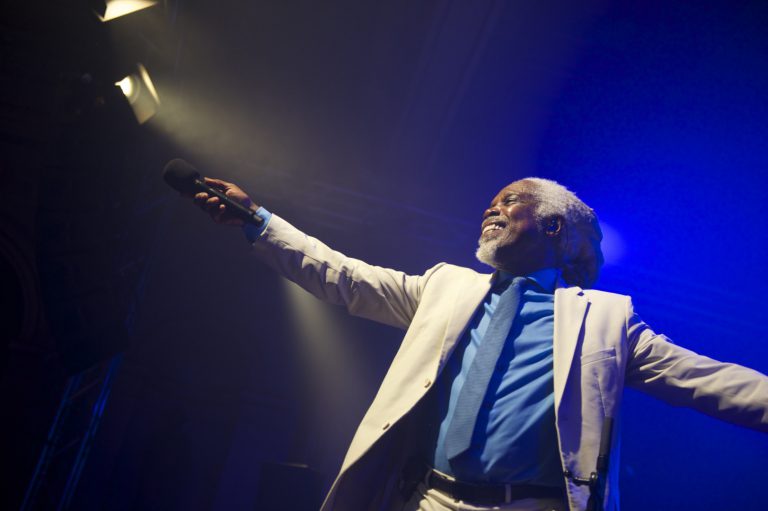 Billy was in full throttle now and although his 70th birthday isn’t too far in the future he was still moving like a 25 year-old in his smooth white suit. The perspiration soaking through by the time he got round to When the Going Gets Tough proved how much he does move like a man a third his age when he’s got a crowd to please.

Back to the eighties with none other than Billy Ocean! The king of power ballads and danceable hit singles gained worldwide fame with songs as Suddenly, Caribbean Queen and Get outta my dreams, get into my car. Billy Ocean is also known for When the going gets tough, the tough get going, which is the title song of the American 1985 feature film The Jewel of the Nile, starring Michael Douglas and Kathleen Turner.

As a singer and performer for over 40 years, Ocean sold more than 30 million albums worldwide. He toured his home country Great Britain earlier this year and will be touring Europe this autumn. He will perform all of his well-known songs during a beautiful show on 19 November in Groningen.

Have a look at the website of Billy Ocean as well.