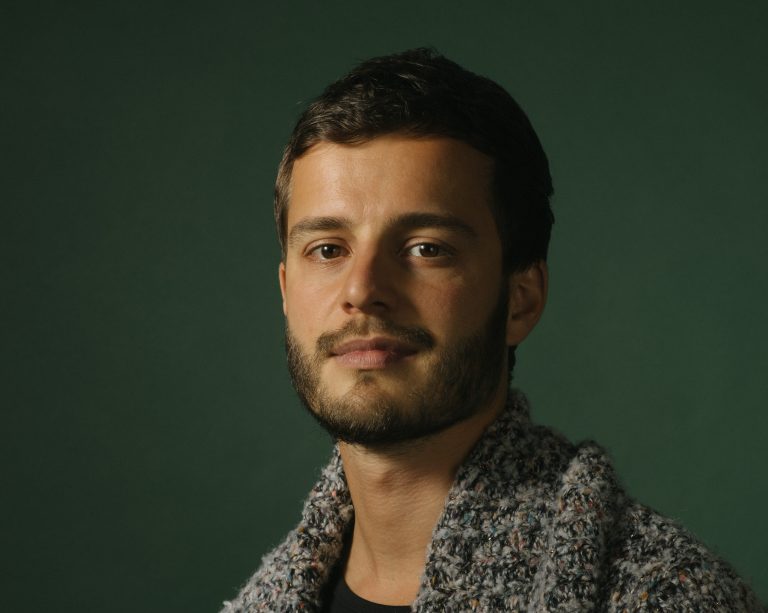 The lyrical playing of the New York-schooled alto saxophonist Ben van Gelder (1988) yielded him comparisons with his teacher – and legend – Lee Konitz. Van Gelder leads a quartet of musicians he met in New York. He also forms a duo with guitarist Reinier Baas and works together regularly with ICP drummer Han Bennink.

Van Gelder is also esteemed as a composer. He was for example commissioned by The Jazz Gallery in New York to write a composition in 2017: Among Verticals. The compositions he wrote were arranged and executed by several major ensembles at home and abroad, among others the Metropole Orchestra. His composing style seamlessly complements his playing: lyrical and melancholic, with well thought-out structures and harmonies, abstract at times, narrating at others. All in all, plenty of reasons for the BIMHUIS to award Van Gelder his first composition assignment!

Next to music, Van Gelder also studied art history. Images constitute an important source of inspiration for his work. Accordingly, the new composition is based on an eponymous work by Chagall: Paradís. This painting depicts paradise in a very unconventional manner:

‘Chagall’s work is poetic, surreal and has an entirely unique vocabulary. The spectator is invited to enter his world. The notion of paradise as a walled garden really appeals to my imagination and expresses a basic and timeless idea. It represents the dividing line between order and chaos: the idea can be related directly to the writing process and improvisation in general, but to life in a broader sense, as it can sometimes feel like a balancing act,’ says Van Gelder about Paradís.