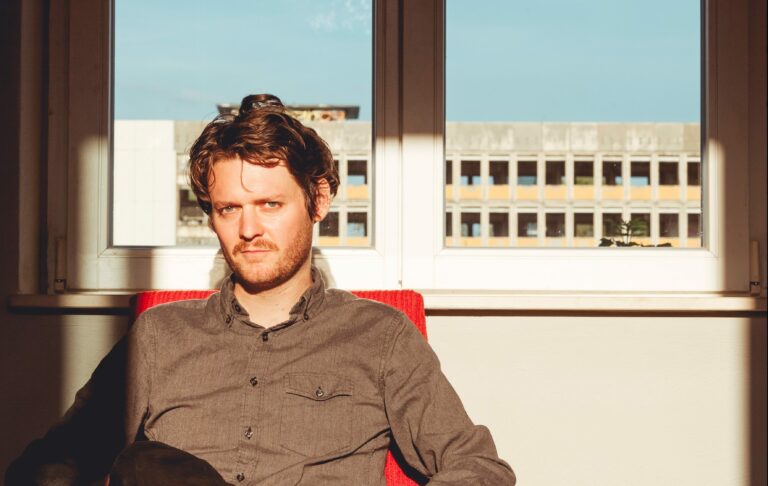 A combination of Eastern European and Balkan folk, Western pop music, American indie rock, and world music. A motley collection, you might think. Well, not at all. Beirut’s music can be described as an interesting mix of cultures and contains a good dose of exotic influences. It is the kind of music that suddenly makes you want to travel the world badly. Or, as OOR (in Dutch) describes it, music that makes you feel homesick. “Listening to it has the same effect as watching a black-and-white movie – you think back longingly to a time that is not even yours.” On Thursday 4 April Beirut will be performing in De Oosterpoort.

Zach Condon
Beirut is an American band from Sante Fe, New Mexico, that developed from a solo project of Zach Condon. The American was inspired by Italian folk and Balkan party music during a trip through Europe. Upon return in America he wrote the songs for Beirut’s first album, Gulag Orkestar (2006): an album full of gipsy and Balkan influences. It was the start of a musical journey.

The journey continued
A year after Gulag Orkestar the next album The Flying Club Cup (2007) was released: an album that relied heavily on influences of French chansons. The diptych of the EPs March of the Zapotec and Holland presented yet another sound: the first was allegedly recorded with a 19-piece Mexican funeral band, whereas on the other EP Condon particularly seemed to investigate whether electronic music appeals to him too. The album The Rip Tide (2011) might be the most personal album so far, compiled on the basis of influences of New York and hometown Santa Fe, the place Zach calls home.

Break
After the album The Rip Tide it took four years for a new album to be released. In 2012 Zach collapsed – physically and mentally exhausted after a tiring tour – during the umpteenth concert series in Australia. Add a divorce battle, but also a depression, a burn-out, and a writer’s block that had to be dealt with. It was 2015 when the new album No No No came out. An album on which less external influences resound and the pain Zach went through is not masked. On Thursday 4 April, Beirut will perform live in De Oosterpoort.

Support: Helado Negro
Helado Negro is one of the pseudonyms under which Roberto Carlos Lange produces music. A combination of Indie rock and Latin music results in summery atmospheres and enjoyable songs. He is Beirut’s support act.