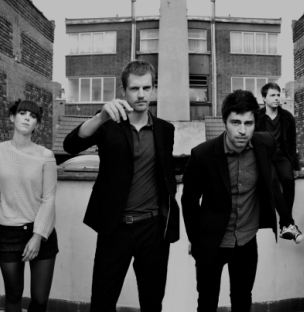 Balthazar is a young and fresh indierockband from Belgium. Maarten Devoldere, Jinte Deprez, Patricia Vanneste, Simon Casier and Christophe Claeys set the first steps towards their breakthrough with their debut album ‘Applause’ (2010). The band already performed at festivals such as Eurosonic, London Calling, Lowlands and Rock Werchter, and were the supporting program of dEUS and The Joy Formidable. Meanwhile, bit by bit, Europe is being conquered. The powerful live performance ensures the band is a welcome guest everywhere. In 2012 the second album ‘Rats’ was released. Once again, this album is filled with genuine indiepop, with folk elements such as the violin and electronica. The beautiful community singing, performed by the entire band, is one of the main strengths of Balthazar. This isn’t the last we’ve heard of the Belgians, come and experience if for yourself!